A fallacy is a mistake in belief based on an unsound argument; so, an ignorance fallacy, or Appeal to Ignorance occurs when a person mistakenly believes something to be true that is not, because he or she does not know enough about the subject, or ha not bee given enough evidence, to know otherwise.

For example, an argument based on stereotype is an example of ignorance fallacy. Such an argument is persuasive because the audience wants to believe what their prejudice tells them is true. 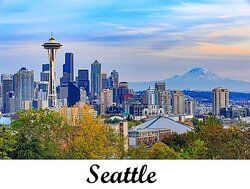 Ignorance fallacies can be found everywhere in everyday conversation, in advertising, in politics and in history.

Some examples of ignorance fallacies include:

So, now you have seen a lot of different ignorance fallacies. Be on the lookout and make sure you don't believe any yourself.