An implied metaphor is a type of metaphor that compares two unlike things without mentioning one of them. For example, “Elise finally lured Adam into her web.” In this line, we know what Elise is being compared to a spider, but it isn’t expressly stated.

When looking at examples of implied metaphors, you’ll see they’re slightly different from regular metaphors because they don’t specifically state what they’re comparing.

For example, “My Dad is my rock,” expressly compares a father to a rock, something solid and sturdy. This is quite different from, “Harry crumbled under the pressure,” where it’s implied the man couldn’t cope with pressure, by comparing him to something that easily falls apart like a cake, a soft cheese, or even a rock tumbling down the hill. This one is open to interpretation, leaving you to make the connection.

Implied metaphors allow writers to create vivid imagery in their prose. Sometimes, the comparison is an easy leap to make, painting a clear picture. Other times, the implied comparison takes a moment’s pause. Some implied metaphors leave themselves entirely open to debate since, in truth, they’re never expressly stated by the author. 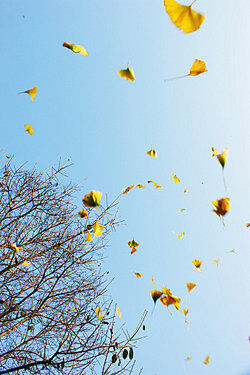 Let’s dive right in to several examples of implied metaphor we hope will ignite the metaphoric fires for all your future writings. You’ll quickly begin to see how nature is a handy element in this form of comparison.

Comparing People to Animals or Nature

Not Everything’s Black and White

Do you see how comparisons can be made between two items, and a vivid statement is created, with implied metaphors? It’s not always necessary to be black and white in our writing. In fact, certain genres, such as poetry and fiction, lend themselves rather well to this form of figurative language.

That’s how things like, “Mandy’s a witch,” get turned into things like, “Mandy left in a mood and flew off on her broomstick.” We hope you’ll enjoy your exploration of these literary tools with some examples of metaphors in poems.