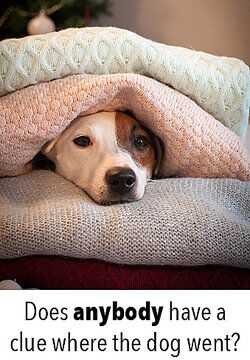 Dog hiding under blankets as examples of indefinite pronouns

Indefinite pronouns, on the other hand, take the place of a noun, but not a particular noun. In other words, the pronoun is there, but "Alex" is not.

Pronouns tend to be fairly clear. It's easily understood who "he" or "she" is referring to. But, indefinite pronouns liven up the party.
In fact, the indefinite pronouns "all," "any," "more," "most," "none," and "some," can be plural or singular, depending on how they're used in the sentence. A great way to get to the bottom of it is to see if the associated verb is plural or singular.

Indeed, pronouns are an eclectic bunch. For a deeper dive, here's more on the various types of pronouns. There, you'll enjoy the wonders of personal pronouns, possessive pronouns, reflexive pronouns, and more.