The term "inference" refers to the process of using observation and background knowledge to determine a conclusion that makes sense. Basic inference examples can help you better understand this concept. 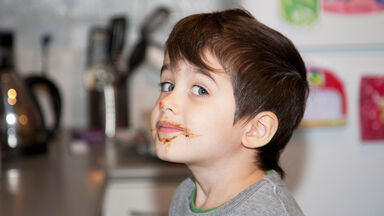 boy with chocolate around mouth
Advertisement

The word “inference” is a noun that describes an intellectual process. The basic definition is:

“A conclusion drawn from two or more available facts.”

In science, there are a few different types of inferences, but in general an inference is:

“An educated guess made through observation.”

You might use these inferences to share a potential reason why something happens or how it happens.

When you are reading, you can make inferences based on information the author provides.

The literary definition of “inference” is more specifically:

“Using clues provided by the author to figure things out.”

You might use these context clues to figure out things about the characters, setting, or plot. Inferences are an important part of reading comprehension.

You might not realize how often you derive conclusions from indications in your everyday life. These inferences help you make decisions about things like what you’ll say or how you’ll act in a given situation.

Examples of Inferences in Reading Comprehension

Whether you’re a student or an adult, learning to make inferences about fiction and nonfiction texts can help you better understand what you just read. Check out these examples of reading comprehension inferences.

What You Can Infer About Inferences

Everyone makes inferences all the time. You can pull together these definitions and examples to make a conclusion about what inferences are, or infer what inferences are. Read a random paragraph from a magazine or book and see what you can infer about the entire piece using only the information presented in that paragraph.