Examples of Ionization and the Bonds It Creates

The term ionization refers to the use of heat, electricity, chemicals, discharge or radiation to transform atoms that are neutral into atoms with either a positive or negative electric charge. Explore ionization examples along with some of the bonds created through ionization. 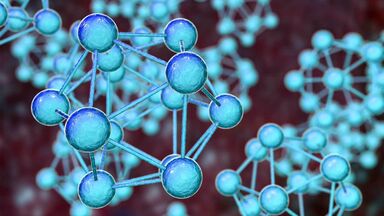 In each of these different situations, the charge of the atoms change as a result of the exposure to other elements or the combination with other elements.

Creation of Ionic Bonds and Ionization

The loss and gain of electrons cause ionic bonds within different elements, typically between metals and non-metals. The same process of ionization, the change in charge, as described above can happen when any of the following ionic bonds are created:

Remember this is only a small list of the different bonds that can be created through ionization.

Ionization might seem confusing, but at its core, it’s pretty simple. Ionization is when an atom becomes ionized because it loses or gains an electron. Most atoms exist in a stable state where they have an equal number of protons and electrons. However, if enough ionization energy is applied, then the atom can lose an electron. The amount of ionization energy required to remove an electron varies for each different element.

For example, chlorine can become ionized by gaining an electron to become negatively charged. Therefore, you can think of ionization as an atom going from a normal atom to an ion!

The Importance of Understanding Ionization

Understanding ionization is very important in studying science because ionization explains how the charge of atoms are changed and can help to explain how atoms are transformed. You can observe lots of different examples of ionization in a lab setting, and you can see the results both in science and in compounds that you encounter in your life. To learn more about compounds in chemistry, check out examples of organic compounds.