Examples of Jargon: Definition and Types

Like a secret “insider” language, jargon is terminology only understood by people in a certain group. Most words in the English language are a part of common, everyday speech, understood by almost anyone who speaks the language. However, jargon is like a type of shorthand between members of a particular group of people, often involving words that are meaningless outside of a certain context. Following are some examples of jargon that will help illustrate the concept. 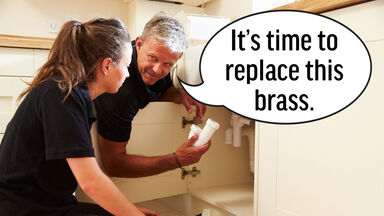 The medical field is filled with cryptic jargon, including innumerable scientific terms and medical abbreviations.

The business world is no stranger to lingo, including a range of industry-specific jargon. It won't take more than a few minutes on Wall Street before you hear at least one of these terms being thrown around.

Law enforcement officers and professionals have their own set of police jargon as well.

Virtually every occupation and group has some jargon associated with it. In addition to the examples above, check out these other types of jargon:

Difference Between Jargon and Slang

Although they are sometimes used similarly, jargon and slang are not the same. Often, they both involve an informal use of a term to communicate an idea, so there’s a bit of overlap between the two words. However, slang is simply informal language, whereas jargon is specific to a group of people.

For example, most English speakers know that “cool” is slang for something that’s good, but only a plumber would know that “brass” is plumbing jargon for a faucet or fixture.

A Word of Caution About Jargon

If you’re speaking informally to other people in the same field of study, occupation, or group, you can use jargon and still be understood. However, if you’re speaking to someone outside this group or writing work for a larger audience, you should avoid the use of jargon. The point to writing and speaking is communication, and using words only a few people know can get in the way of getting your point across. If you think about your audience first, you’ll always choose the right words.