The Anglo-Saxon and Old Norse traditions have a word for a compound expression with a metaphorical meaning: kenning. Simply put, in poetry, a kenning is when you take two words and combine them as a mild translation or metaphor for something else.

So, as you’re sitting by the fire one night, enjoying an anthology of Scandinavian poetry, you might come across poem about five brave men aboard a wave-floater (a ship). Kennings were often used to describe everyday people, animals, and objects.

To no surprise, they were used to brighten up an author’s prose. Why say “a ship” when you can use something more illustrious like “wave floater”? Let’s enjoy further examples of kenning. 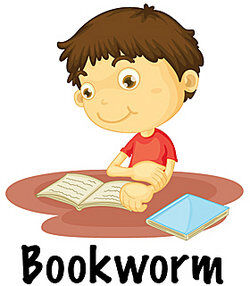 Similar to how we incorporate similes and metaphors in our prose, kennings can provide an added layer of intrigue and beauty. Let’s take a look at some modern expressions that have their roots in kennings.

The next time you’re calling your little niece or nephew an “ankle biter,” know you have something in common with the Vikings of long ago. Given its origins in poetry, let’s take a look at two poetic samples of kennings in action.

Anytime we create a two-word construct for a singular noun, we’re approaching kenning territory. Take a look at this sample children’s poem from Bic Kids, made almost entirely of kennings:

Now, onto the classics. The epic poem Beowulf is chock full of kennings. It’s penned by an unknown author, although we do know it has its origins in Anglo-Saxon literature. One of the most prominent scenes details Beowulf’s fight against the monster Grendel. Perhaps to fully illuminate it, the author leaned heavily on kennings to paint a graphic picture.

Here are some kennings pulled from that fight scene, as well as the rest of the epic poem:

Nature and poetry have been lovers since the dawn of time. As such, you won’t be surprised to learn there are many kennings which relate to nature.

The author of Beowulf turned to kennings for good reason. He wanted to describe the horrible loss of life and torturous scars of battle with bright imagery. Simple language would never do to describe the horrors of war. As such, here are some battle kennings that might strike up a bold image.

People are, perhaps, the most baffling of all. The next time you’re trying to describe a complex character in your short story or poem consider creating a kenning. Here’s some inspiration to kick things off:

Then, of course, there are all the abstract components of life. We have our thoughts, emotions, fears, and wonderings that can’t be seen or touched. Still, that doesn’t preclude them from a clever kenning or two.

Go for it! Be bold and add a clever kenning or two to your next body of work. It would be difficult to label a unique kenning a cliché. So, have some fun and insert one or two in your next piece of literature or poem.

For some inspiration, enjoy these examples of free verse poems. Then, let your hair down while you dip your latest poem in clever kennings from the past.