Examples of Negligence: Criminal and Civil

Negligence is a term that means carelessness or a breach of an obligation. Negligence is used in general language to mean someone was unreasonably lax in fulfilling some obligation. If someone is negligent in the eyes of the law, he or she could face a civil lawsuit or even criminal charges. Reviewing some negligence examples can help you better understand the concept. 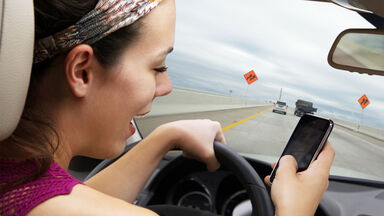 Negligence occurs when a person puts others at risk as a result of a failure to exercise a reasonable standard of care. To be criminally negligent, a person has to be aware that there is a significant and unjustified risk associated with a behavior that represents an egregious deviation from an appropriate standard of care. Criminal negligence claims are issued by law enforcement authorities.

An individual who was harmed through the negligent actions of another person can sue that person in civil court. The family of the individual who was harmed can file charges on their behalf if the individual is incapacitated or deceased. The person who behaved in a negligent manner can have civil liability for their actions, even if their actions were not intentional. There are many examples of situations where negligence can lead to a civil lawsuit.

Civil law focuses on ensuring that injured parties are properly compensated. In each of these situations, a plaintiff could file a lawsuit and obtain compensation if he or she can prove the negligence was the direct cause of some type of harm they endured.

It's important for people to understand the law as it relates to their own behavior and their individual rights. It's also important to consider basic concepts and right and wrong. Now that you are familiar with the legal concepts of civil and criminal negligence, take the time to explore additional implications of actions that can cause other people to be harmed. Start by reviewing the difference between ethics, morals and values.