A novel is simply a fictional story that is told in narrative form and that is book-length. Novels exist throughout the world and have existed since it first became possible to print and distribute them. There are examples of novels in countless languages and countless different forms. Visiting any library, book store or even yard sale will result in you finding countless novel examples to explore. 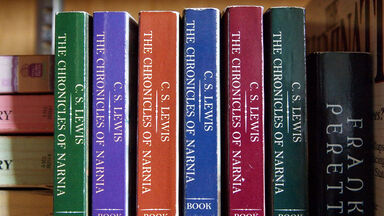 Exploring Novel Examples: What Is a Novel?

A novel is a work of fiction that tells a story in narrative form. Novels, in some form, have been around for a very long time. In fact, since the 6th and 7th centuries, people have been writing long fictional works. One very early example is Daśakumāracarita by Daṇḍin, which was written in the 7th century. Many of these early works, however, do not have all of the characteristics of a novel as it has come to be known today and are often considered precursors to the modern novel. Contemporary readers enjoy many types of novels.

The novel has evolved over time. There are now different genres of novels, each of which embodies distinctive characteristics. There are, for example, some novels that are considered great literary works or "classic" novels. These works have become classics because they are considered model examples of the novel form: they are well-written and they stand the test of time.

Examples of classic novels include:

Some genres of novels are considered to be more "literary" than others or are more respected than others. One genre that is often looked down upon by those in the literary world is the romance genre due to the sometimes overly descriptive nature of its storyline. However, despite the possible stigma attached to them, romance novels are extremely popular and profitable.

Romance novels follow a classic form: boy meets girl, boy loses girl, boy gets girl back. They normally contain flowery descriptions of love and idealized versions of courting and romance. One publisher — Harlequin — has become famous for only publishing romance novels. Contemporary romance novels are both popular and profitable.

Ironically, although romance novels today are sometimes looked down upon, many early romances are considered to be classics. When you're in the mood to read a romance but also want to devour a work of great literature, consider one of the titles below.

A related category of novels has also developed that is often known as "chick-lit." These books are not classic romance novels in that they may deviate from the happy-ending and idealized descriptions of love (although they usually end with a happy ending of some form.). They have female heroines who navigate challenges to find their way, often realizing that they don't need to be in a relationship to be happy or fulfilled.

Mystery and thriller novels are another sub-category of novels today. This genre features books that set up a mystery that has to be solved. The reader may be given clues to the mystery throughout the course of the book. The purpose of these works is to build suspense.

The legal thriller is a subset of the mystery/thriller novel and was made popular by Scott Turow (Presumed Innocent) and John Grisham (The Firm). Legal thrillers give the reader an inside glimpse into the justice system and the exciting world of practicing law. Readers are fascinated with these novels, which are the literary equivalent to television shows such as Law and Order and CSI.

Horror novels are yet another genre of novels that is very popular today. Horror novels feature mysterious and often gruesome happenings. They are intended to provoke fear in the reader. There are many examples of famous horror novels.

Science fiction books explore futuristic concepts in an imaginative way, dealing with advanced science that may or may not be possible, along with the consequences of how such creations would impact society. Popular subject matter includes alien-human interactions, intergalactic exploration and time travel.

Fantasy novels explore magical worlds and alternate realities in an imaginative way, but without the focus on science that you'll find in the Science Fiction genre. Popular subject matter includes mythical beings, like dragons, werewolves, vampires and more.

Examples of Young Adult Novels: Stories for Tweens and Teens

Many authors write novels intended for the young adult market. Novel examples that fall in this category can represent any other genre, with the caveat that they don't contain content intended for mature audiences only. Many contemporary and classic stories intended for young readers go beyond their intended target to also capture the hearts and minds of adults as well.

From Novels to Novellas

As you can see, there are countless novel examples, including many different types of novels that appeal to different audiences. To see examples of novels in person, just visit your local bookstore or library — they are everywhere. Many novels also find their way to television screens and movie theaters as well. If you're more interested in reading shorter works of creative writing, you may find that novellas are a better option for you than full-length novels. Discover what a novella is and explore the defining characteristic of this type of book.