Objectivism is a philosophy designed by Ayn Rand, a Russian-American writer. The name derives from the idea that human knowledge and values are objective. These ideologies were first expressed in Rand's fictional works, The Fountainhead and Atlas Shrugged. 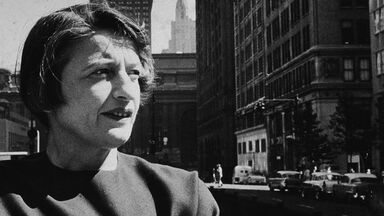 Ayn Rand was born Alisa Rosenbaum in Saint Petersburg, Russia in 1905 to Russian-Jewish parents. She witnessed the Russian Revolution and the rise of communism in her childhood, and in high school determined that she was an atheist and that reason was the greatest virtue. She moved to the United States in 1926 with the intention of becoming a screenwriter. She wrote a number of screenplays, plays and short stories to varying degrees of success, but her breakthrough was her novella Anthem, published in 1938, and her subsequent novel The Fountainhead in 1943. Both of these works laid the groundwork for her Objectivism philosophy.

Rand became increasingly politically active in the 1940s and 1950s while continuing to work in Hollywood, writing the screenplay for the adaptation of The Fountainhead. Her next major publication was Atlas Shrugged (1957) which solidified the principles of Objectivism. She described the main theme of the novel as, “The role of the mind in man's existence — and, as a corollary, the demonstration of a new moral philosophy: the morality of rational self-interest.” In the wake of the novel, the Nathaniel Branden Institute (NBI) was established to promote Objectivist philosophy.

The Philosophy of Objectivism

Objectivism is a multi-faceted philosophy, but the premise can be summarized as "looking out for yourself.” It maintains that if it is done properly and practiced by everyone, the entire world could be a better place. Objectivism’s main tenets or pillars are:

In Objectivism, objective reality takes precedence over anything else. This is called the Law of Identity.

A is A. Facts are facts, independent of any consciousness.

In other words, there is only one reality and what someone believes does not alter what is true. Objectivism attributes all of life's occurrences to reality, and that is not something that can be changed, only endured. This theory also rejects supernatural or mystical powers, including the existence of God.

In short, objective reality means that something exists outside of individual perception or what someone believes or is aware of. For example:

Rand's theories regarding reason intertwine with the intellect. Objectivism requires people to use reason to achieve moral values and act in their own judgment. Additionally, this belief is based on the principle that “consciousness is identification” or “existence is identity." If it cannot be consciously observed, it cannot be proven. This means that there is no room for emotions or faith in Objectivism. Rand described reason as:

“The fundamental concept of method, the one on which all the others depend, is logic. The distinguishing characteristic of logic (the art of non-contradictory identification) indicates the nature of the actions (actions of consciousness required to achieve a correct identification) and their goal (knowledge)—while omitting the length, complexity or specific steps of the process of logical inference, as well as the nature of the particular cognitive problem involved in any given instance of using logic."

Rand called for people to embrace objective reality and absolute reason, which theoretically would lead to people living more productive and happy lives.

This applies to a person who:

Ayn Rand believed that individuality was superior to collectivism and that the individual should be empowered above all else. In Rand’s view, if everyone embraced logic and reason, they would only have to look out for their own interests since everyone else would also be looking out for themselves. The fundamental principle of this philosophy is, “will this make me happy?” or “be selfish.” Selfishness in the Objectivist philosophy means:

People who are individualistic are independent and believe in freedom of will and action. This can manifest in various ways, for example:

Laissez-faire capitalism is an economic theory that dates back to the 18th century. The French term “laissez-faire” literally means “to leave alone.” It opposes all government intervention and regulation in business affairs and proposes that the less the government is involved, the more businesses, and by extension society as a whole, can prosper. Rand embraced laissez-faire economics because, in her view, it would allow the individual to prosper.

The main thing that distinguishes laissez-faire capitalism is its hands-off approach to economics. In Rand’s view, this could look like:

There are countless schools of philosophy and ways of looking at the world. Expand your knowledge with these examples.