Observational learning takes place by watching others. Discovered by educational psychologist Albert Bandura in 1986, this type of learning is often included in a style of progressive education and can affect an individual, a group of people, a nation, or a culture. Keep reading for examples of observational learning for both children and adults. 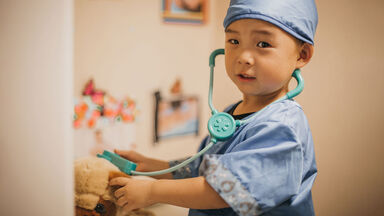 The four stages of observational learning are:

This type of learning also encompasses the concept of behavior avoidance. When an observer sees another person behave in a certain way and receive a negative consequence, they learn not to perform that behavior to avoid the same consequence.

Observational learning is one of the most common types of learning in human society. However, it's certainly not the only way that children and adults learn new skills and behavior. Take a look at these examples of latent learning, where observers learn skills without exhibiting them right away. You can also check out the key types of learning styles to decide how you learn best.