An oxymoron is a figure of speech containing words that seem to contradict each other. As with other rhetorical devices, oxymorons are used for a variety of purposes. Sometimes they're used to create a little bit of drama for the reader; sometimes they're used to make a person stop and think, whether that's to laugh or to wonder. 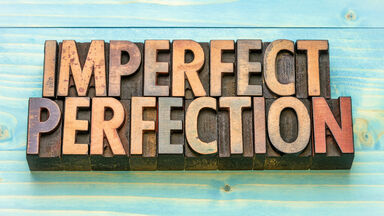 What Is an Oxymoron?

The defining characteristic of an oxymoron is combining words or phrases that have opposite meanings. Because of this, an oxymoron is often referred to as a contradiction in terms. Oxymorons are not meant to be taken literally. Instead, meaning should be derived from the context in which an oxymoron is used.

A common oxymoron is the phrase "the same difference." This phrase qualifies as an oxymoron because the words "same" and "difference" have opposite meanings. Bringing them together into one phrase can produce a verbally puzzling, yet engaging, effect.

It's likely you've used, or at least heard, a few oxymorons in your everyday life, even if you didn't realize it at the time. Consider the common oxymorons and think about times they may have been included in conversations you have had.

There are oxymorons throughout the alphabet, from "a" to "z." There are quite a few in just the first three letters.

Oxymorons aren't limited to the first few letters of the alphabet. Keep going to discover even more.

Are you still searching for the perfect oxymoron? There are plenty more to be discovered!

Is it starting to seem like there is an unlimited supply of oxymorons in the English language? That might be a bit of an exaggeration, but there are certainly more than just a few.

Approaching the end of the alphabet, there are still more oxymorons to explore. It's really interesting to see how this figure of speech finds its way into everyday communication.

Review the example sentences below to get a better sense of how oxymorons can be used in sentences and dialogue. The sentences in this section feature oxymorons from the list above.

Oxymoron Examples in Literature and Songs

Authors and musicians often use oxymorons as a rhetorical device. For some real-world examples of oxymorons in writing, review a few lines from literature and songs.

Oxymorons in Sayings and Quotes

There are some well-known phrases and quotations that make use of oxymorons. Seeing these oxymoron examples used in the context of sentences may provide a better idea of how and why they're used. For some of these examples, the oxymorons are linked to two phrases within the sentence rather than a single phrase.

Why use phrases that don't seem to make logical sense? They can enhance writing and communication in a variety of ways, including by adding dramatic effect.

Saying that a picture or a scene is "painfully beautiful" calls attention to the speaker and the object of inquiry. Such a phrase shows that an object can have two different qualities at once, making it a subject for study and analysis.

When someone says a phrase such as "clearly confused," the speaker is finding a new way to describe that individual or object.

Sometimes people aren't trying to make a profound statement when they use oxymorons. Instead, they want to be witty and show they can use words to make people laugh. One example of this is when Oscar Wilde comically reflected on the fact that he "can resist anything, except temptation."

Now you can see that oxymorons add humor or drama to speech or writing, allowing you to make a funny or pointed remark. As well as playing with oxymorons, Oscar Wilde was also a master of symbolism. He enjoyed writing things that weren't meant to be taken literally, simply pondered upon. When you're ready to graduate from oxymorons to symbolism, enjoy these examples of symbolism in literature. May they inspire you through all your writing adventures.