Examples of Personality Traits: The Positive and Negative 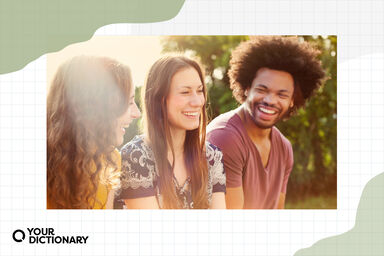 What Does Personality Trait Mean?

A personality trait is defined as something about a person that impacts how they tend to think, feel and behave on an ongoing basis. Personality traits are characteristic of enduring behavioral and emotional patterns, rather than isolated occurrences. Anyone can occasionally have a bad day, get irritated and make a snappy remark. When this happens in isolation, it doesn't reflect a personality trait. However, when someone's typical behavior is to snap at people rather than communicating politely, then "snappiness" is likely a personality trait that person has.

Positive personality traits manifest themselves in many ways. When a person's regular behavior exhibits the same positive attributes time and time again, the associated behaviors become definitive of their character. In the examples below, the bold terms represent descriptive words commonly used to convey the positive trait mentioned.

What would life be without balance? For the most part, people are not all good or all bad (though there may be some exceptions). Chances are that you, and everyone you meet, have at least a few negative personality traits. Consider some examples of negative attributes. Again, the descriptive words or phrases commonly used to express these traits are bold.

The combination of an individual's personality traits — positive and negative — work together to determine the face they present to the world. Most personality traits can be grouped into one of five broad categories considered to represent the major factors in personality.

People can, of course, learn to adapt and behave in a way that is focused more on what is appropriate in a particular situation rather than what they'd be led to do by their own natural tendencies. For example, someone who tends to be more introverted than extroverted but takes a job as a teacher or salesperson will adapt to behave in a more extroverted way for work. With adaptability, they can definitely do this. However, they may find their work roles more tiring than a person who is naturally extroverted.

Identifying an individual's personality style is not an easy task. Personality is a complicated construct influenced by many factors. There are many different ways to assess and label personality types, with each assessment measuring specific variables.

There is not one right way to measure personality. If you want to learn more about your personality traits, consider taking a few different personality assessments. Test yourself online, but recognize that free online assessments are not likely to be truly valid behavioral tools. You could also ask a psychologist or therapist to analyze you, or even visit a career counselor and ask for personality testing to get a sense of what types of careers you might be best suited to pursue.

How Do I Adapt My Personality?

Your personality encompasses the actions you take and the decisions you make. It's likely a function of nature and nurture. Either you are a patient person or not, a responsible person or not. You don't decide what personality traits or natural tendencies are at play in your mind, but you do impact how these traits impact your actions.

Be All You Can Be

Being positive and upbeat can influence everyone around you (and in the past, it could've even influenced your family's last name), and so can negativity. For example, offering a friendly smile to a stranger can brighten up their day, just as glaring at them glare can directly or indirectly cause their mood to drop.

Understanding personality traits is a great way to start your journey toward self-discovery. If you really want to learn how to keep from being defined by negative personality traits, it's up to you to adapt away from negative tendencies and instead exhibit positive traits. The more you adapt away from the negative to act on the positive, the easier it will become to put forward behaviors that present you in a positive light.

Building Characters in Your Writing

Of course, your interest in personality traits might be more focused on developing characters for your fiction writing. If it’s your goal to become an award-winning novelist or short story writer, your characters will be all the more complex based on your deep understanding of yourself and others. Consider using these adjectives to describe personality to develop rich characters. Once you've finalized your character's personality traits, work on really enriching their characterization. Take their personalities a step further by including interesting quirks. You may even want to include some character flaws.