Examples of Predicate Nouns in Sentences

A predicate noun, or predicate nominative, is a noun or noun phrase that provides more information about the subject of the sentence. It completes a linking verb, like “to be.” Predicate nouns can only follow linking verbs because they’re expressing a state of being, not an action.

These types of nouns cannot follow action verbs because the only nouns that follow these verbs are objects, which receive - directly or indirectly - the action of the verb. Let’s look at a few examples of predicate nouns in action. 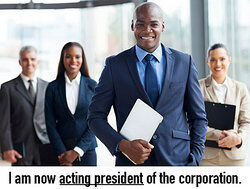 A linking verb connects the subject of a sentence with a word that provides more information about the subject. They do not show any action.

Common linking verbs include: am, is, are, was, were, being, and been. In the sentences below, the linking verb is in bold and the predicate noun is in italics.

Other verbs that have non-action functions include “seem,” “appear,” “become,” and “remain.” And, finally, certain verbs pertaining to the five senses may also be considered non-action verbs. For example:

In this example, although “smells” seems to refer to one of the five senses, it’s actually referring to the condition of the soup; it’s not referring to performing the actual action of smelling.

For example: Mary is pretty.

Let’s look at another example: Jonathan is a taxidermist.

Predicate nouns are a great way to bolster the subject of the sentence. It allows our writing to be more concise, because we get the subject and the verb right out of the way with clarity. Then, in the second part of the sentence, we can add some exciting description.

Are you interested in learning more about predicate adjectives? See if you can master your newfound skills with this Predicate Adjectives Worksheet.