Propaganda is so integrated into our lives that you might not even realize it! The ads you see on the subway or that pop up during an online video are a type of propaganda. Get a clear definition of propaganda and explore several examples with images. 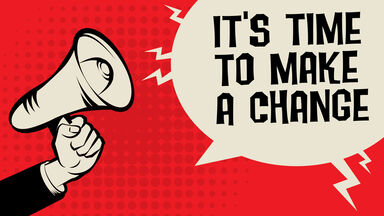 Propaganda is all around us. But what is it really? Propaganda is the spread of information or ideas to influence feelings or actions. Propaganda is always biased and can be negative or positive but usually has a negative connotation. Learn more about propaganda by looking at a few types.

Propaganda isn’t a one size fits all type of thing. When you think of propaganda, you might think of World War II and Hitler. But propaganda is prevalent all over the globe. You know those ads you see on the subway, propaganda. Those billboards you pass on the way to your favorite diner, propaganda. Explore a few examples of propaganda today and historical propaganda examples.

Politicians use this type of propaganda. A politician will present an image of what the world would be like with immigration or crime so that the voters will think of that image and believe that voting for him will reduce that threat. Consider Barack Obama’s Hope campaign propaganda. This campaign features a large image of Obama with the word HOPE in all capital letters. So, the message is that voting for Obama can bring hope to the nation.

You can think of this type of propaganda as “getting on the bandwagon.” Everyone is doing it, so you should be too. The use of bandwagon techniques was popular when trying to get people to purchase war bonds. As an example, this poster shows the troops making their pledge and pushes for civilians to buy war bonds. It's hoping they jump on the bandwagon.

Also called the “plain folk” technique, this is when a popular person like a president tries to present themself as an average person. For example, you can find propaganda of Bill Clinton eating at McDonald's or Ronald Reagan chopping wood. It helps to make the candidate seem down-to-earth and all-American.

This type of propaganda works to generate fear to get people's behavior to change. For example, an ad will show a bloody accident then remind people to wear their seatbelts. Additionally, a smoking ad showing what happens to your lungs if you continue to smoke is an example of this type of propaganda.

A celebrity endorses these ads. This person is paid to promote the item and tell you why it's the best or can make your life better. Many advertisers use celebrity endorsements, such as makeup companies. An example of this type of propaganda would be Blanca Suarez promoting Guerlain cosmetics. So if she uses them, they must be amazing.

Another popular political propaganda is the false dilemma. A type of logical fallacy, a false dilemma, is where you are presented with two choices as if they are the only two options. For example, a president saying in order to reduce the deficit, we have to either tax the wealthy more or ask seniors to pay more for Medicare. One example is a war bonds poster that states "bonds or bondage." It's telling you that it's either one or the other, and you need to make the choice. In truth, these aren't the only options available.

Slogans are catchy, and they can catch on fast. If a slogan is repeated enough times, eventually, the public will come to believe it. The famous “We Want You” poster is a perfect example of slogan propaganda. This iconic slogan has become synonymous with the Marines.

This presents a fact without any proof, as in "This is the best cavity-fighting toothpaste out there." You see this in a lot of products with no research to back it up. Check out this vintage example of Floriline. It states that "Floriline is the best liquid dentifrice in the world."

A false impression can be given to the reader or listener by taking a quote out of context. For the film Live Free or Die Hard, Jack Mathews said, "Hysterically...entertaining." The real quote is, "The action in this fast-paced, hysterically overproduced and surprisingly entertaining film is as realistic as a Road Runner cartoon."

Propaganda is part of war, both in the past and in current times. Why? Because wars need money and people to contribute to the cause. Therefore, propaganda demoralizes the enemy and promotes your country as the hero. This not only promotes patriotism but works to connect the country through a common goal. Additionally, propaganda can lower the enemy's resistance. Dive into a few different examples of propaganda used during wars.

Now you have seen many examples of propaganda and can better understand how it works to spread information and influence people. Learn more about the fallacies used in propaganda by checking out fallacies in everyday life.