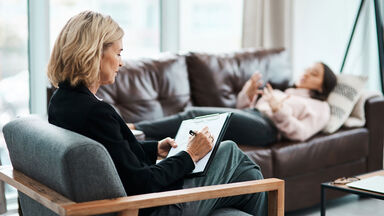 What Is Psychoanalytic Theory?

There are many examples of psychoanalytic theory in human behavior. Some may even be highly relatable to your own life.

A lot of relationship problems can be explained via psychoanalytic theory. Someone who has been hurt in the past by people they loved and/or should have loved them will often have trouble building strong relationships.

When a person experiences a trauma, that event can inform how they react to or approach future events. Even when one has learned to cope with a trauma that has occurred, it can unconsciously impact their future behavior.

Something that a person missed out on earlier in life can drive their future behavior as they seek to "make up" for something they have missed out on (or perceive that they missed).

Psychoanalytic Theory and the Unconscious Mind

The unconscious mind can regulate behavior in many ways. Sometimes your id wants something that you can't consciously admit that you want, but you do something that will let you get it anyway.