Quantitative is an adjective that simply means something that can be measured. For example, we can count the number of sheep on a farm or measure the gallons of milk produced by a cow. 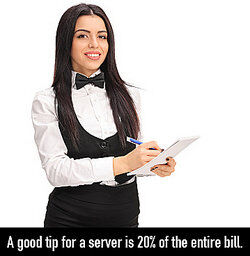 In a world of abstract findings that can't be quantified, such as anger or memories, it's important to be able to measure what we can. Let's consider some examples of quantitative data.

Quantitative data is a bit like a countable noun. They both refer to things that can be counted, even if it seems like it'd take a lifetime to measure.

Here are some example of quantitative data:

As we can see, quantitative information is measurable. It deals with numbers, quantities, and values. This form of data can be expressed in numerical form (i.e., amount, duration, length, price, or size). Since quantitative data is generated through statistics, it has a lot of credibility and is considered to be objective and reliable.

But, there's another important kind of data. That is, qualitative data. This is data that's descriptive in nature. It's usually not measurable, at least not directly, but rather it can be gleaned through observation. Qualitative data relies on adjectives and other descriptive words to indicate appearance, color, texture, or other qualities.

For example, you might say that one room is brighter than the other. That's qualitative data. However, you can also use scientific tools and instruments (like a light meter) to actually measure the level of brightness in the room and ascribe it a numerical value. When you do that, you get quantitative data. Next, learn the difference between data and information.

Science lovers appreciate the field of study's ability to provide sound, well-researched, and quantifiable answers. These answers are hard to dispute, given their factual foundation.

Why not spice up your everyday vernacular with these science idioms? As you meld your love for the written word with science, you'll notice the world come to life in a most unique way.