Examples of Radiation in Daily Life

The term radiation refers to energy that travels through space or matter in the form of energetic waves or particles. When radiation occurs, the waves move out in all directions from the producer of the energy. Radiation can be ionizing, which means it has the capacity to modify the ions of an atom, or non-ionizing, in which it does not possess that ability. 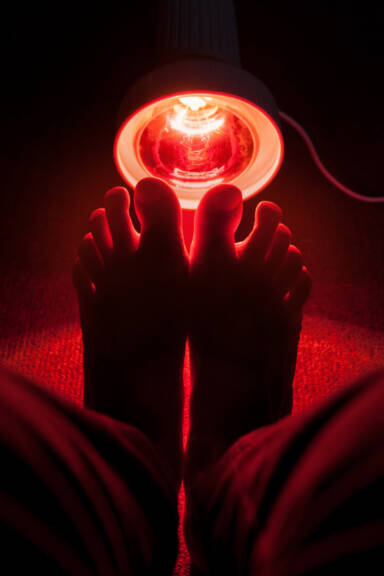 Feet glowing in red light as examples of radiation

Out of the two types of radiation (Ionizing and Non-ionizing), ionizing is most harmful to living things; though, there can be harmful types of non-ionizing radiation as well.

Affects of ionizing radiation on humans can include cancer, sickness of varying types, death, and mutation. These are as a result of the change in DNA that ionizing radiation can cause. Those exposed to lower levels of radiation (such as non-ionizing) are unlikely to develop any adverse affects.

Ionizing radiation is created by a reaction of a nuclear form that is either natural or artificial. It is often hard to measure since it is invisible and can usually only be measured at very high concentrations. A Geiger counter is an example of a tool for measuring ionizing radiation.

Radiation is an everyday phenomenon as you can see from the above examples and information.