The concept of rights-based ethics is that there are some rights, both positive and negative, that all humans have based only on the fact that they are human. These rights can be natural or conventional. Natural rights are those that are inherent while conventional rights are those created by humans and that reflect society's values. 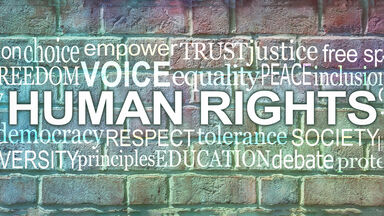 The term right can be defined as "a justified claim that individuals and groups can make upon other individuals or upon society." Rights-based ethics means that ethical behavior must uphold the rights of people, such as civil rights within a democracy. Rights can be legal in nature, or they can pertain to morality or human rights.

Actions that fail to respect the rights of individuals represent unethical behavior.

The United States is an example of a country founded upon a rights-based approach to ethics, in which human beings are believed to have certain unalienable rights, which means those rights cannot be taken away or interfered with. John Locke was one of the primary supporters of this concept, as it takes the perspective of what the ideal world looks like and creates a rights system based upon those ideas.

Utilitarian ethics is very different from rights-based ethics; some say the two approaches are opposites. Utilitarian ethics are based on the maximization of "good outcomes" and minimization of "bad outcomes." In utilitarianism, the ethical choice is the one that benefits the most people (or harms the fewest). This approach is not consistent with rights-based ethics, as utilitarian decisions would sacrifice the rights of the minority to protect the majority.

Now that you have reviewed some examples that help show exactly what a rights-based ethics system is like, take the time to learn more about related concepts. Start by exploring the key difference between civil liberties and civil rights. From there, consider examples of morals in society.