The term romanticism refers to the period in history during which an artistic and philosophical movement changed the perceptions of people in the Western world. This period of time, often referred to as the Romantic Period, ran from the 1770s into the second half of the eighteenth century and resulted in the creation of a multitude of significant and influential literature, music, art, and philosophy. Explore Romanticism examples found in literature, art and music. 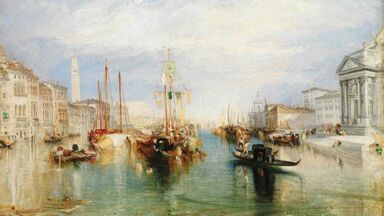 Romanticism in literature covers books, stories and poetry. The primary concepts explored during the Romantic Period included nature, myth, emotion, symbols, and ideas about the self and individualism. Some examples of romanticism include:

The art of Romanticism focused on emotions, spirituality and imagination. It typically included landscapes covering nature, rebellion and childhood. Another common theme included peaceful beauty. Examples of art in Romanticism include:

Examples of Romanticism in Music

Like with literature and art, musical romanticism sought to explore emotional expression. However, it also experimented with musical forms to enhance the originality of the pieces. Some of the great musicians of the time period include Beethoven, Chopin and Schubert. Explore examples of Romanticism in music:

In simplest terms, Romanticism was an artistic movement in the 18th and 19th centuries where artists, musicians and writers began to explore common themes including natural beauty, raw emotion and imagination. It came about in reaction to Enlightenment and took trends from medieval romantic periods. Pieces of work from this period had characteristic elements like nature, aesthetic beauty, eroticism, and the supernatural.

If you read or encounter any of these materials, you will now know that they are examples of romanticism. Romanticism created beautiful pieces of art, literature and music still harled to this day as masterpieces. This movement led to other significant periods like Gothic literature and art.