Have you ever heard someone say, “That’s just semantics?” Basically, they’re saying you’re picking apart the meaning of a word to draw a different conclusion but it all means the same thing. It’s possible the person saying, “It’s just semantics,” is wrong, though.

Semantics is the study of the relationship between words and how we draw meaning from those words. People can absolutely interpret words differently and draw different meanings from them. Some examples of semantics will help you see the many meanings of English words. 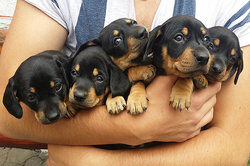 Semantics involves the deconstruction of words, signals, and sentence structure. It influences our reading comprehension as well as our comprehension of other people’s words in everyday conversation. Semantics play a large part in our daily communication, understanding, and language learning without us even realizing it.

Since meaning in language is so complex, there are actually different theories used within semantics, such as formal semantics, lexical semantics, and conceptual semantics.

Conceptual semantics opens the door to a conversation on connotation and denotation. Denotation is the standard definition of a word. Meanwhile, connotation deals with the emotion evoked from a word. Connotation will be derived from the manner in which you interpret a word or sentence’s meaning. As such, semantics and connotation are deeply entwined. For a deeper dive, read these examples and exercises on connotative words.

One part of studying language is understanding the many meanings of individual words. Once you have a handle on the words themselves, context comes into play. The same word can be said to two people and they can interpret them differently.

For example, imagine a man told a woman, “I care for you… a lot.” Wouldn’t that made the woman’s heart melt? Sure, if he just said that out of the blue, walking down the beach one day. But, what if the woman told the man, “I love you,” and, after a long pause, all he said was, “I care for you… a lot.” She’d be crushed. So, context (the current situation) will always play a role in everyday semantics.

Here are some examples of everyday words that can have more than one meaning:

Remember the different connotations of the phrase, “I care for you?” Let’s revisit the idea that a single line of text can be interpreted in different ways. Suppose a college grad was just hired to a new job. She was excited to start this new chapter; everything seemed glossy and bright.

On the first day, her boss mentions she’ll have to travel to the new Miami office to help the office hit the ground running. In reality, she’ll be going there to do very mundane chores like order office supplies and clean the cubicles (something that nobody else wants to do).

Or, what if a husband comes home with what he labels a “brand new” coffee table. He might tell his wife it was a steal and a gorgeous new piece for their home. The wife might take one look at it and say, “This isn’t new. I saw this at the local consignment shop the other day.” The husband might retort, “Semantics. It’s new to us!” Indeed, two people can take one word or expression and take it to mean entirely different things.

In your reading, you may come across a pun or two. Puns like to play on words. They deliberately use multiple meanings to reshape the meaning of a sentence. So, what we understand a word to mean can be twisted to mean something else.

We’ll see this in the examples below. In the first one, we know littering to mean something like tossing garbage out the window as we drive. But, the play on words is being made by the fact that dogs have “litters” of puppies. They’re fun! Let’s take a look:

Draw Your Own Conclusions with Semantics

The study of words through semantics provides a better understanding of the multiple meanings of words. They’re a nice way to spice up a story or put a twist on the conversation between two characters.

If, indeed, you’re working on a short story and would like to play with semantics, take a look at Get Creative: How to Write a Short Story. Have fun crafting nifty conversations and making a play on words!