Snob appeal refers to the qualities or attributes of a product that might appeal to a consumer with "snobby" tastes. It may refer to the actual product itself or the exclusivity the consumer could potentially experience as a result of owning the product that is being advertised. 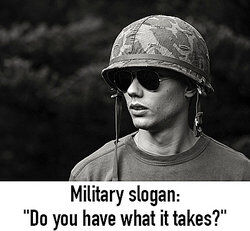 Man in military uniform as examples of snob appeal

The purpose of snob appeal is to persuade a consumer to purchase a product or service by convincing him or her that the purchase will elevate their status. By appealing to individuals' desires to be among the elite, advertisers attempt to sell their products.

For example, some different ads that illustrate snob appeal include the following:

Now you have seen lots of examples of snob appeal.