Famous Examples of Poems in Tagalog 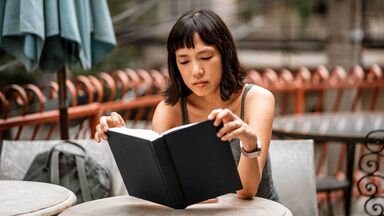 What Is Tagalog Poetry?

Tagalog is a beautiful Filipino language that lends itself to poetic writing. Any poem that makes use of the Tagalog language can be considered a Tagalog poem, and there is no specific form or requirements in place.

Florante at Laura by Francisco Balagtas

One example of a famous poet that embraced the Tagalog language was Francisco Balagtas also known as Francisco Baltazar. One of the most famous poems written by Baltazar is an epic called Florante at Laura. This poem is divided into stanzas with four lines in each stanza and twelve syllables in each line. The epic also uses a classic Tagalog rhyme scheme of AAAA. The following is an excerpt from Florante de Laura entitled Gubat Na Mapaglaw, or The Dark Wood.

Dive into the English translation of this famous epic poem.

Also known as Severino Gerundio, Gonzalo Flores was an avant-garde poet that created a Tagalog version of haiku. His poetry is famous for going against current themes of the time to create his own unique creations.

While it doesn’t translate exactly into a haiku, see the English version in action.

pulling your sword …
the flower trembled
as you approached

Jose Corazon de Jesus is a prolific Tagalog writer known for his strong lyrical monologue. Enjoy the beauty of his words through this excerpt of the poem "The Tree."

See how this Tagalog poem translates into the English language.

Viewed from a distant vantage
I appear as a cross with arms outstretched;
As I stayed on my knees long-enduring,
It seems that I am kissing God’s feet.
Like an organ in a church,
Praying amid extreme sorrows,
Is the candle flame of my life
Keeping vigil upon my tomb.

A fighter of social justice, Amado V. Hernandez wrote beautiful Tagalog poetry. See the beauty of his words through this excerpt from the poem entitled "A Piece of Heaven" from 1952.

A Piece of Heaven English Translation

Enjoy the English Translation of this powerful piece of Filipino poetry.

I was incarcerated by a cruel leader,
asking for the price of my crushed spirit,
the body is weak, so I must surrender,
if spirit is defeated it embraced defeat
I was cornered in a fortress of brute gallows:
stone, steel, bullet, guard’s enmity, the constant knife;
I was spewed out from the entire world of sorrows
And taken for dead when life has not escaped life ...

Written in 1946, this powerful Filipino poem outlines a laborer's life. Antonio is a true Tagalog wordsmith in his creation "Night of a Construction Worker."

Fall into the words of this poet through this English translation.

Unable to sleep.
Yes, hands have let go of shovel,
Hammer, pipe, wire and other tools,
But dismissal at five had failed to signal
Gravel, cement and filling earth
To let go of your breath.
When the light bulb flickers out,
There’s only the dark to ask to nurse the flaring up
And the throbbing of the littlest muscle: blister, bruise and cut
On arm and finger, and the stab at the heart and brain ...