Examples of Totalitarianism: Leaders and Countries

Totalitarianism refers to a political system in which all authority is in the hands of the state. In a totalitarian society, all control of public and private life is government-run. To learn more about this concept, get a clear definition of what totalitarianism is along with several totalitarianism examples. 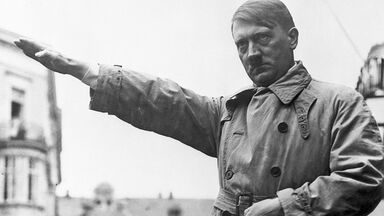 picture of Hitler as examples of totalitarianism
Advertisement

By definition, totalitarianism is when the government controls every part of its citizen’s lives. First conceptually developed in the 1920s by Italian fascists, primarily Giovanni Amendola, totalitarianism has been present in various movements throughout history.

Initially, the term was spun to be positive and refer to the positive goals of states employing totalitarianism. However, Western civilizations most often did not agree with the concept of totalitarianism, and a great deal of discourse regarding the topic became prevalent from within governments, inside classrooms and at the dining room table.

Some governments and movements that Westerners have accused of being totalitarian in nature include Nazi Germany, the Soviets during communism and the Stalinist movement. Get details of these totalitarian regimes as well as others.

Joseph Stalin in the Soviet Union

In the Soviet Union, after the conclusion of the Civil War, Stalin took over the country. He then began executing any people who were not in alignment with the goals of the state.

Having seized power in Italy in 1922, Benito Mussolini became the nation's leader and immediately began to rule in a totalitarian manner. He used secret police to murder citizens not falling in line with his regime.

Notorious for his reign in Germany, Adolf Hitler employed totalitarianism as a means to achieve an obedient nation that was his personal vision for the country. He used his rule to murder thousands of Jewish citizens during the Holocaust.

The same family has ruled North Korea since 1948. The family has been running the country based on the concept of self-reliance. However, severe economic declines have contributed to the country's struggle to maintain totalitarianism.

From 1949, when he established the People's Republic of China, until his death in 1976, Chairman Mao led China in a way in line with the concepts of totalitarianism. Mao Zedong was responsible for the Great Leap Forward and Cultural Revolution, which led to the Chinese economy's breakdown.

The Taliban in Afghanistan

In the late 1990s, the Taliban created The Islamic Emirate of Afghanistan and controlled 90% of the country. This group was a totalitarian Islamic theocracy that was dissolved in 2001.

From 1975 to 1979, the Democratic Kampuchea (Cambodia) was ruled by the Khmer Rouge (KR) regime. Given the genocide of Cambodians during this time, KR is also called the Genocidal Regime.

Features of a Totalitarian Government

So, what makes a totalitarian government? Explore a few key features.

Many times, totalitarian and authoritarian regimes can get confused. However, these two types of governments do have a few slight differences.

Understanding Totalitarianism as a Method of Government

Now that you have seen different examples of totalitarianism, you can better understand how this political system works. It can also make it easier to understand democracy and the importance of democratic principles. Additionally, you might want to take a look at communism to compare.