A literary tragedy describes a sorrowful event that occurs because of a character's poor decisions. Tragedies involve people dying at a young age, many people dying at once or deaths that could have been prevented with better timing or choices. Keep reading for examples of tragedy in literature and film, as well as various works that are considered tragedies. 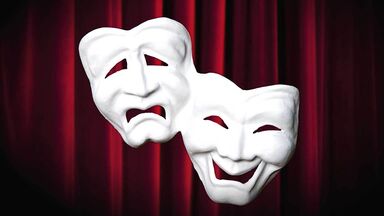 Elements of a Tragedy

The tragedy genre is one of the main branches of literary drama. Beyond having a sad ending, a tragedy features a main character known as a tragic hero. According to Aristotle's Poetics, literary tragedies must include the following elements:

Classical tragedies use this formula in a straightforward way. Later literary tragedies, including Shakespearean tragedies, use these elements to craft heartbreaking stories in unique ways.

Literary tragedies bring the audience through a journey through the tragic hero's journey. Having learned the hero's tragic flaw, the audience watches them make terrible mistakes or suffer insurmountable challenges, leading to an ending marked by unnecessary death and suffering. Take a look at these literary Greek tragedies, as well as Shakespearean and modern literary tragedies.

In Sophocles' Oedipus Rex, for example, Oedipus has a tragic flaw — hubris, or excessive pride — which makes him a tragic hero. He has unknowingly killed his father and married his mother, Jocasta, to take the throne, which he learns in a moment of anagnorisis. His good fortune of a beautiful wife and kingdom is reversed, leading to the tragic death of Jocasta.

Other examples of Greek tragedies include:

Though human tragedy existed long before the works of Sophocles, Aeschylus and Euripides, dramatic tragedy did not. Greek drama was the birthplace of the literary tragedy, using elaborate sets and Greek choruses to fully demonstrate the dramatic impact.

William Shakespeare's Hamlet is one of his most well-known tragedies. Hamlet's tragic flaw is self-doubt, which prevents him from acting quickly to avenge his father. Many characters suffer untimely deaths due to this flaw, especially in the final act, in which Rosencrantz, Guildenstern, Queen Gertrude, King Claudius, Laertes, and Hamlet himself die (Polonius and Ophelia die in the previous acts).

William Shakespeare wrote around 37 plays in his lifetime, 10 of which were tragedies. They differ from his comedies and histories due to their characters' tragic endings, tragic flaws, and dramatic irony.

Greek drama started literary tragedies, and Shakespeare perfected them, but you can find many modern examples of tragedies in literature as well. Take The Great Gatsby by F. Scott Fitzgerald, for example, Jay Gatsby's tragic flaw is his idealism and inability to face reality. It results in the death of Myrtle Wilson, George Wilson and Gatsby himself, as he finally gives up on his lovelorn dream.

More examples of tragedies in literature include:

Note that these examples don't include novels that simply end sadly or include death. Little Women by Louisa May Alcott is a very sad story, for example, but it is not a tragedy because Jo's flaws do not result in Beth's untimely death. Instead, Beth's passing brings her family even closer together.

The modern age of cinema has brought stories to life on the screen. These stories include dramas and comedies as well as tragedies. For example, in the satirical tragedy Parasite (2019), the Kim family's tragic flaw is poverty. It dooms them to a life of living off wealthy families, Ki-jung's untimely death and Ki-taek's undetermined but likely tragic end.

Other examples of film tragedies include:

Many characters in these movies just needed to wait another moment to avoid their tragic fate, while others could do nothing but watch it happen. Like books and other tragic works, these films can be classified as literary tragedies.

Films Based on Real-Life Tragedies

Tragedy in real life and tragedies in literature have different definitions. Literary tragedies have a devastating ending based on a character's flaws and decisions. Real-life tragedies are senseless, unavoidable and not deserved. Many films depict these real-life tragedies in both heartbreaking and uplifting ways. They include:

If you've seen any of these movies, you know that they focus on life, love, and loss. They are a valuable way to honor those who have passed and to ensure that their stories are told, not to illustrate the failings of a tragic hero.

Tragedies in Greek drama, Shakespearean plays and modern films capture what it means to be human. While they may not be as enjoyable to watch as a romance or action-filled adventure, they bring their audiences catharsis — a healing release from tension and worry. Learn more about how literature represents human life with examples of theme from different literary works. You can also explore how authors create their characters with these archetype examples in literature.