Examples of Tropes and Their Meaning

The word trope may sound fancy and literary, but you know several of them already. In the arts, a trope is simply a common convention in a particular medium. It refers to anything that gets used often enough to be recognized. 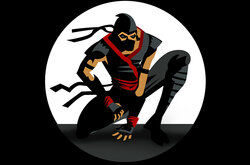 Ninja as examples of tropes

When you see a kid running around with a cape and know they're pretending to be a superhero, you've recognized the trope that superheroes wear capes. That's all a trope is: a commonplace, recognizable plot element, theme, or visual cue that conveys something in the arts. Every genre has distinct tropes of its own, and we will explore several examples of tropes below.

Constrained by their limited runtime, movies often rely heavily on tropes to convey maximum information to the viewer in the shortest possible time. Here are a few you may spot in a theater near you.

There's no reason villains have to dress in black. But, if a character is intended to be either cool, evil, or cool and evil, they're exponentially more likely to have monochrome wardrobes. Take a look at the classic Disney villains: Maleficent, Jafar, Ursula, and Cruella de Vil all dress in black. Even Scar has a black mane!

In movies intended to be lighthearted, especially in genres like action that have the potential to become overly harsh and violent, a common trope is including a funny sidekick to lighten the tone. Actors like Michael Pena and Kevin Hart have built whole careers on this trope.

When you see a famous actor living a quiet, comfortable life and then bad guys kill his dog, kidnap his friend, or drag him into one last heist, you're watching the trope of the reluctant hero. Reluctant heroes can be tragic, like Bruce Banner forced to turn into the Hulk, or exciting, like John Wick.

In the real world, people with radically different value systems tend to avoid each other. It's human nature to connect more easily with people who share a lot in common. But superhero comics and movies present teams of people with different ideas and priorities in order to create the conflict that drives the story forward, as is the case with Marvel's Avengers or DC's Suicide Squad. That's a trope.

As The Incredibles memorably reminded us, wrapping a long, dangling garment around your neck then going into a dangerous situation is a really bad idea. But ever since the debut of Superman and Batman in the 1930s, if not before, the cape has been the signature superhero garment.

Speaking of strange things to bring to a fight, why would anyone ever endanger a child they're responsible for by exposing them to criminals and supervillains? But it's a powerful trope designed to engage younger readers in the action. Robin in Batman, Speedy in Arrow and Hit-Girl in Kick-Ass are all examples of this trope.

Literature could almost be called the origin of tropes. Writing down stories and circulating them made it possible to identify and employ literary structures that seemed successful. Here is a small sample of the near-infinite number of literary tropes.

In many works of romance literature, especially those set earlier in history, the romantic pair is separated by social class. She's an aristocrat; he's a gamekeeper. He's a professor; she sells flowers in the street. This not only adds a bit of taboo titillation, it provides valuable conflict to motivate the plot. Many of Jane Austen's novels, notably Sense and Sensibility, are driven by romances that cross the class barriers of 19th century Britain. F. Scott Fitzgerald's The Great Gatsby employed the same trope in New York during the Roaring Twenties, and Kevin Kwan's Crazy Rich Asians illustrates the same theme in modern Singapore.

In young adult fiction, relationships established when characters are young frequently continue more or less unchanged into adulthood. Characters may marry and have children with the same person they gave their first Valentine to in grade school, or pine forever after the object of their first crush. Severus Snape from the Harry Potter series is a classic example of this trope, motivated by his teenage crush on Lily Potter well into middle age.

In literary genres that emphasize physical conflict, a writer will often linger over the sheer physical size of a character. Doing so emphasizes not only their potential strength, but by extension their capacity for violence. This is another powerfully enduring trope, ranging from the Biblical story of David and Goliath to the Mountain from George R. R. Martin's A Song of Ice and Fire.

Other Types of Tropes

When it comes to tropes, there are a lot of them. That’s because in pop culture, writing, and cinematography, the same themes or literary devices get used over and over. A few common tropes include:

While these are some common tropes that you might come across, this is in no way an exhaustive list. Tropes come in all shapes and sizes.

When discussing a trope, it’s important to distinguish what is not a trope, which can get a bit confusing.

To call something a trope is not to call it a cliché. A cliché is a trope that has been used poorly. Since it is seen as overused, clichés typically are associated with a negative connotation. For example, the trope of the villain grabbing the damsel in distress is considered cliché because it has been so overused.

Tropes Are Not Evil

Tropes are a vital part of the artistic and narrative process. They define how we communicate.

That said, sometimes tropes outlive their usefulness. For a few examples of some, check out our article on dead metaphors. Alternatively, if you'd like to read about one of the most important tropes in history, check out our examples of each stage of the hero's Journey.