Whether you're going for your very first ultrasound or you have been to several in the past, learning common ultrasound terminology can be quite helpful. You'll better understand what the doctors are talking about, and it will help you ask questions to further your knowledge about your medical situation. Keep reading for examples of ultrasound terminology that can help you in your next doctor’s visit. 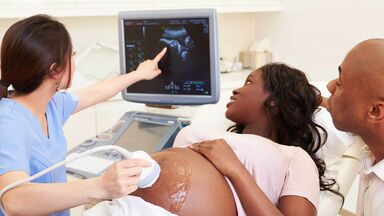 There is an abundance of ultrasound and medical terminology used during the ultrasound process. Learn the definitions for some of the keywords and phrases.

You may hear the terms ultrasound and sonogram used interchangeably when discussing an ultrasound scan. However, they are two parts of the same procedure. The ultrasound is the procedure itself, while the sonogram is the picture on the screen produced by the ultrasound. Think of it as process (ultrasound) vs. results (sonogram).

Depending on what your doctor needs to see, they may recommend a variety of ultrasound procedures. Some of these procedures include:

What Ultrasounds Can Scan For

Performing an ultrasound is a good first step before having an MRI (Magnetic Resonance Imaging), CT scan (Computerized Tomography) or more invasive procedure. Technicians use ultrasounds to scan for the following conditions:

Getting an ultrasound is a generally safe form of preventative care. Now that you know more about the terminology associated with ultrasounds, learn all about the abbreviations used in pregnancy ultrasounds. Or, if you're curious about different medical fields, take a look at a helpful medical abbreviations list.