What is unethical behavior, exactly? Unethical behavior is an action that falls outside of what is considered right or proper for a person, a profession or an industry. Individuals can behave unethically, as can businesses, professionals and politicians. However, one's definition of "unethical" depends on their own ethical standards and the standards of their society. Take a look at different unethical behavior examples that are generally agreed upon as unacceptable. 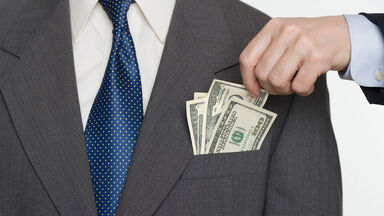 To people with high ethical standards, the question of right vs. wrong is clear. Societies reinforce the accepted ethics of individuals with laws and consequences. While some situations may be defined as ethical dilemmas, most people would agree that the following behaviors are not acceptable in individual relationships.

Business ethics are so important that most companies have formal codes of ethics to make their expectations clear. Some unethical behaviors in the workplace are illegal as well as unethical. Take a look at the different unethical behaviors one may see businesses commit.

Doctors and lawyers are bound by a stricter code of ethics because they are taking care of and representing people who trust them. These professionals risk malpractice accusations if they act in an unethical manner. Read a sample list of unethical behaviors by these professionals.

Unethical Behavior Among Politicians and the Government

You may also see examples of unethical behavior in the political world. Some politicians walk a fine line between getting elected and remaining ethical, and many governments struggle with upholding rights-based ethics for both their citizens and citizens in other countries.

These are just some of the many different examples of unethical behavior that could occur. But what makes these behaviors unethical rather than immoral? Learn more about the differences between ethics, morals and values, and see how they're treated differently in society. You can also take a look at examples of admirable virtues that many societies value in their citizens.