The term wind energy refers to the kinetic energy created by the wind in order to produce wind power. Wind energy can be converted by a wind turbine that does just that. When wind energy is harnessed to create mechanical energy, the tool for that still may be called a wind turbine or a wind power plant. Discover interesting facts about this renewable energy source and review some wind energy examples. 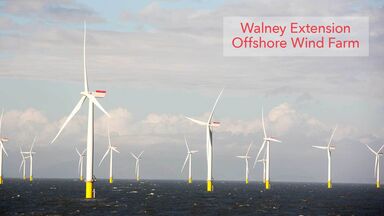 Use of Wind Energy

Wind energy is often created on wind farms. Some wind farms are onshore, and the land is often used for additional purposes, such as allowing animals to graze. Some are offshore, which means they're over water.

Wind turbines can function on their own or be connected to the power grid or solar cells. Wind turbines are designed with either a horizontal or a vertical axis.

Learn even more about wind technology by studying the efficiency of wind turbines. Further expand your expertise by discovering the pros and cons of wind energy.

Wind energy is not new. It is known to have been used as early as 200 B.C. Boats with wind sails were used many centuries ago to transport people and cargo on the Nile. The original windmills were used in the Middle East in areas such as what is now known as Iran, and areas in Afghanistan. These wind-powered mills were used for things like grinding grain and refining sugar.

In Europe, windmills were first seen in the 11th century, though the first reports of wind turbines generating electricity were from Scotland in the late 1800s. Quickly, the technology moved to other locations such as the United States of America and the United Kingdom. By the early 1900s, Denmark and the U.S. were producing and using windmills for water pumping and on farms.