Examples of Xenocentrism (and Their Impact on Society)

The term xenocentrism refers to the desire to engage in the elements of another's culture rather than one's own. Styles, ideas and products can all be items of preference by someone with xenocentrist viewpoints. 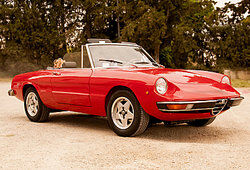 Each of these different examples are situations where there is a preference for another culture outside of the culture in the home country.

In psychological terms, xenocentrism is considered a type of deviant behavior because it sways from the norms of society. It is unexpected that an individual would value the goods, services, styles, ideas and other cultural elements of another nation. However, in some limited circumstances, it has been noted that xenocentrism can help to shed light on cultural deficiencies, whether it be ideas or products, and offers the opportunity to fix that which may legitimately inferior to another country or culture.

It is also noted that self-perception and self esteem can contribute to xenocentrism. In certain circumstances, some individuals may attempt to elevate their perception among others by eschewing domestic products for foreign ones. By doing so, the individual believes she is painting herself in a better light as a more educated, worldly and savvy consumer.

The opposite of xenocentrism is ethnocentrism which is the tendency to overvalue one's own native cultural beliefs and values and therefore devalues the worth of the elements of other cultures.

Some examples of the consequences of Xenocentrism include:

As you can see, xenocentrism can be a major problem when it occurs in a society, especially if it occurs on a widespread scale.