The term xenophobia refers to the fear of that which is different, foreign or strange. Xenophobia is an irrational and unreasoned fear or hatred for people or ideas perceived as foreign. The origin of the word comes from the Greek word for "fear" (phobos) and the Greek word for “stranger” (xenos). Discover some real-world examples of xenophobia. 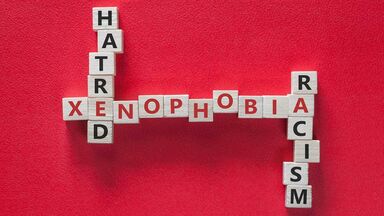 Xenophobia can be defined as a deep-rooted, irrational hatred towards or fear of foreigners, or of ideas or beliefs that are perceived as foreign, strange or outside of the norm. As a result, the Vienna Declaration and Programme of Action, which was adopted in 1993 during the World Conference on Human Rights, recommends and encourages nations to do all they can to prevent the acquisition or manifestation of xenophobia by its citizens. There are two types of xenophobia:

Real-World Examples of Xenophobia in Action

Unfortunately, there are many examples of xenophobia in action in the real world.

As you can see, the consequences of xenophobia can be very serious. It is important to do everything possible to overcome xenophobia on a societal and widespread level in order to avoid problems that can stem from fear and prejudice.

Xenophobia, while it is irrational, does have causes that can be attributed to its acquisition. Poor experiences with others from certain groups, a generalized fear of that which is different, propaganda, or exposure to implicit or explicit xenophobic behavior by others can, unfortunately, all result in acquiring xenophobia.