Examples of Yellow Journalism in History and Today

Yellow journalism uses sensationalism and exaggeration to attract readers. It is usually not well-researched and often only tells one side of the story. It will sometimes have made-up interviews or imaginary drawings. It isn't always false, though sometimes it is. It does tend to be overly dramatic and play on the emotions or fears of readers. Discover several yellow journalism examples to better understand the concept. 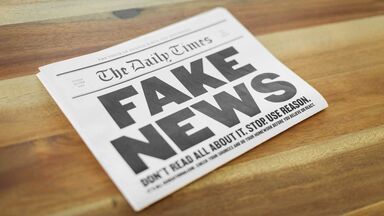 Whenever you see sensationalized headlines that scandalize or exaggerate what the content is about, you're seeing an example of yellow journalism. For example, in December 2020, a Politco headline read "Biden to require walking boot after fracturing his foot" above a photo of Joe Biden wearing a mask (due to the Covid-19 pandemic). What actually happened? He tripped while playing with one of his dogs. His foot did have hairline fractures. But the headline made it sound much worse than it actually was. This was covered across all media platforms, from national media to local outlets, often with sensationalized headlines.

There are many notable examples of yellow journalism from today, as well as throughout history. These stories were sensationalized in broadcast and print media alike, and now in digital form as well.

Many more examples of yellow journalism have been seen in tabloid headlines over the years, as well as other publications. Catchy headlines can be great as long as they're accurate and not overly sensationalized.

As you can see, yellow journalism attracts attention but typically doesn't have much substance. Learning to recognize fake news, misinformation and overly-sensationalized stories presented as if they were news can help keep you from being influenced by biased reporting and misinformation. Often, yellow journalism headlines don't even reflect the content of the stories they're introducing. Don't assume that headlines are true; read the full story and seek to separate what is factual from what is not true. This will help you become an educated consumer of news. Review these tips for writing a news report so you'll be able to identify actual news stories rather than examples of yellow journalism.