False advertising misleads the consumer or includes false statements. The legal definition of false advertising from the federal Lanham Act is, "Any advertising or promotion that misrepresents the nature, characteristics, qualities or geographic origin of goods, services or commercial activities". 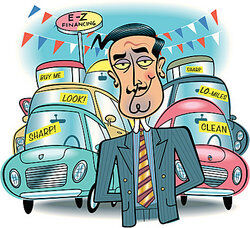 Here are examples of companies that were found guilty of false advertising:

Advertising, when used correctly, can be an effective way to promote and sell products. It can provide consumers with the information they need to make a smart shopping decision. However, false advertising is harmful to both the consumer and to the advertiser.