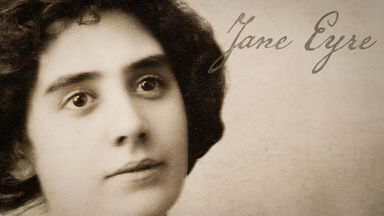 Jane Eyre as a bildungsroman example

What Is a Bildungsroman?

You might look at the word bildungsroman and think what does that mean? You wouldn’t be the first person. Bildungsroman is actually a German word with two parts. Bildung breaks down to “education''. And, roman is defined as a novel. Put the two together, and you have an educational novel. A bildungsroman is a novel where a lead character grows from a lost youth to a mature adult. This is typically, but not always, following some life-changing event.

Ready to see bildungsroman in action? Bildungsroman examples are all around in literature plots.

In the beginning of the series, Harry Potter is just a boy, a special boy, but still just a boy. Through his wizarding education and life experiences, he matures. In the final book, Harry shows his growth from a lost boy living with his aunt and uncle to a fully-fledged wizard ready to take on the world.

While Katniss Everdeen is pretty tough in the beginning of the Hunger Games series, she’s still just a child. She’s a poor lost girl, trying desperately to keep her family alive. However, throughout her experiences with the games and her fight against President Snow, she evolves into a hero.

Charlotte Bronte’s Jane Eyre is a classic example of a bildungsroman. Jane’s journey starts with an abusive childhood and the loss of her best friend to a placement in a home where she’s anything but appreciated. She experiences love and loss, but these experiences work to mold her into a mature woman ready to make the ultimate sacrifice for her beliefs.

Could you imagine being harvested for organs? That’s Kathy’s reality as she goes from a child at Hailsham with her friends to a “carer” to a “donor.” She goes from a naive child to accepting her twisted role in society.

Literature enthusiasts love a good bildungsroman. However, pop culture does too. It makes sense when you think about how many books are converted into movies. However, some great examples of bildungsroman are in cinema and TV too.

A classic bildungsroman example, Now and Then shows the growth and changes of four girls as they grow into womanhood. This movie effectively uses flashbacks to help the audience see their growth.

A boy can’t meet the world if he doesn’t grow up. Set in school and around his family, this 90s bildungsroman shows us the growth and maturity of Cory Matthews from his education to his love life.

Whether you are talking about Luke Skywalker or Anakin, Star Wars is full of growth and maturity of characters. Throughout the series, you watch Anakin become Darth Vader and Luke grow into a jedi.

Endless examples of bildungsromans can be found. To weed out what might be a standard coming-of-age story, a bildungsroman should include a few characteristics.

There are a lot of different coming-of-age stories. One specific type of coming-of-age story is a bildungsroman. Keep your knowledge of literature and plot devices going by looking at character trait examples.