Leaders around the world are historically men. However, women world leaders have started to become more common globally. Learn a few famous first female presidents and prime ministers along with a few current female leaders. 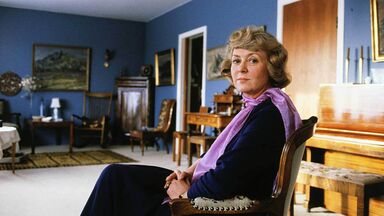 Historically, famous female world leaders can be found dating back to the 1940s. However, a few famous women world leaders stand out from the crowd. Learn about the first female president along with other first female prime ministers that led or are helping lead a nation.

When it comes to women world leaders, you can’t help but mention Sirimavo Bandaranaike. Why? Because she made headlines by being the first female head of government in the world. Bandaranaike became the prime minister of Ceylon (Sri Lanka) in 1960, joining politics after her husband (who was prime minister) was assassinated in 1959. A widowed mother of three, she took on the role of prime minister after pressure from political leaders and the people. Though she left office in 1965, she served two nonconsecutive terms in 1970 and again in 1994 before her death in 2000.

Known lovingly as the “iron lady,” Margaret Thatcher made her mark in history as the United Kingdoms' first prime minister. A determined leader, Thatcher held office from 1979-1990 and completed many great feats like the right-to-buy scheme and changing the business environment. While she became the president in 1979, she earned her seat in Parliament in 1959 and became the head of her party in 1975.

Before Margaret Thatcher became the “iron lady” of the U.K., Israel had their own “iron lady.” Born Goldie Mabovitch, Golda Meir not only served on the Israeli parliament but was the first ambassador to Moscow prior to becoming prime minister in 1969. During her time in office, she Hebraicised her name to Golda Meir. She resigned from office in 1974 after serving only 5 years but left a lasting legacy on the country.

Angela Merkel was the first woman to become chancellor of Germany in 2005. Starting her career in the early 90s, Merkel’s influence grew from press spokesperson for the Democratic Awakening party to becoming the head of the CDU (Christian Democratic Union). The youngest chancellor in history, Merkel has been elected in consecutive terms since 2005.

History is full of “iron ladies” and Ellen Johnson Sirleaf is one of them. Sirleaf was the first democratically elected president of the republic and was elected in 2006. Serving until 2018, Sirleaf is known for promoting peace and justice. She won the Nobel Peace Prize in 2011 and The Presidential Medal of Freedom in 2007 along with other honors like the Indira Gandhi Prize for Peace Disarmament and Development.

The first and only woman prime minister to date in the Central African Republic, Elisabeth Domitien became the prime minister in 1975. While Elisabeth was a businesswoman and active in politics, Domitien became the vice president of the Social Evolution Movement of Black Africa. However, she was dismissed from her position in 1976 by African military leader Jean-Bedel Bokassa.

Female political leaders around the world have grown since the first female president. Learn some women leaders currently presiding worldwide.

Female world leaders have been taking positions of power around the globe. These leaders have left behind powerful legacies. Keep your knowledge of powerful women going by exploring female doctors around the world and female mathematicians. You might also enjoy a look at some of the most brilliant woman inventors.