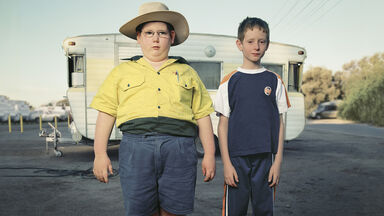 What Is a Foil Character?

While an antagonist and protagonist can be foil characters, so can a sidekick. Think about George and Lennie in Steinbeck’s Of Mice and Men. These best friends are full of opposite traits. Where George is sharp-witted and small, Lennie is large and muscular with a developmental disability. Lennie is quick-tempered, and George is friendly. These two characters are perfect foils.

Explore other foil character examples found throughout literature and movies.

In Romeo & Juliet, Mercutio is famous for being Romeo’s foil character. While Romeo is a whimsical lover, Mercutio doesn’t see the big deal. In fact, he’s skeptical of love. Romeo is anything but, and it shows. Their opposite attitudes about love make them foil characters, and Mercutio’s “whatever” attitude works to show the depth of Romeo’s feelings.

When it comes to Shakespeare’s Hamlet, Hamlet and Claudius are a perfect protagonist and antagonist foil pairing. Not only did Claudius kill his father, but he blocked him from the throne by marrying his mother. Claudius is a unique foil character that allows readers to see Hamlet’s flaws.

Through her cynical attitude in Othello, Emilia helps the viewers to see how naive Desdemona’s view of men is. Emilia’s liberal views of gender were wise beyond her years and served to contrast Desdemona well.

Examples of Foil Characters in Literature

Shakespeare was a true master at using foil characters to push a plot forward and show character flaws. However, other classic and modern books also use this plot device.

Draco Malfoy works as a direct contrast to Harry Potter in the Harry Potter series. One is a Slytherin, and the other a Gryffindor. Additionally, Draco becomes a Death Eater. Harry, on the other hand, works to defeat the Death Eaters. Even their friends are different. Harry has deep relationships with Hermione and Ron. Draco’s friends, Crabbe and Goyle, are more lackeys than true friends.

First impressions can be deceiving for foil characters. Just look at Mr. Darcy and Mr. Wickham in Jane Austen’s Pride and Prejudice. Upon the first meeting, Darcy is cold. However, Wickham is jovial and charming. But, as the story continues, you realize Darcy is the kind one. True to a foil character, Wickham turns out to be a complete creep.

Why Are Foil Characters Important?

What’s the point of having foil characters? In writing, everything has a purpose. Foil characters aren’t any different. Their most important task is helping us to understand the main character. Foil characters are great at pointing out the strengths and weaknesses of their counterpart’s personality and motivations. For example, without Wickham to contrast him too, readers might never have seen Darcy’s caring and loving nature. The story needed Wickham to show us just how great Darcy really was. It’s Wickham that worked to make Darcy shine.

When you think of a foil character, just think of aluminum foil. Because a foil character works to make the main character shine. Literature is full of foil characters such as an antagonist vs. protagonist relationship and even as sidekicks. Interested in learning more unique literary tools writers use? Explore the wonderful world of literary devices.