Found poems are created from pieces of literature that already exist. A poetic collage of sorts, found poems can be inspired by the pages of a magazine, newspaper, book or even another poem. To get some inspiration for creating your own found poems, dive into several examples of this unique poetic form.

What Is Found Poetry?

You might not think that poems can be found, but found poetry is here to prove you wrong. This poetic genre is a collage of words.

Using words in magazines, books or other poems, you piece together your own unique poem. Where you might find the content for your found poetry is completely up to you. You might create a found poem out of a short book excerpt, Shakespearian works or even your favorite magazine.

Found poems are unique in that they come in several poetry styles and span several genres. They could include rhyme or be totally free form. You might find long found poems or short ones.

An eraser found poem is where you erase a majority of the words on the page to create a poem. This can be done on old book pages, newspaper copy, or printouts of sonnets, for example. Eraser found poems can be created in a variety of ways, including:

This form of found poem can be seen in these examples that follow.

Whoever you may be,

be as blood flowing

to a bleeding answer.

I am a wound

who lives on blood

In this found poem, Carrie Arizona weaves a path to create a poem that is both aesthetically appealing and unique. The movement of the bubbles makes it appear like blood flowing.

I fear unhappy truths.
I should glance
At the object of hope.

In this found poem, Jennifer uses a page from Pride and Prejudice to explore the theme of hope and thinking. By lightening the other words, the poem comes to life.

A special type of eraser found poem is the blackout poem. This is where a black, or colored, marker is used to black out all the wording on the page but the poem. It creates a drastic contrast, bringing the poem to the front. People have also used the blackout form to create intricate images along with the poems themselves.

Not to add to the messages

But to listen to the voice

This poem was written as a tribute to actor Luke Perry. In the blackout poem "Neighbors," Kleon uses the total blackout method with paths to illustrate how the poem should be read. Of skylarks and breezes

In "Inward," Wentworth uses not only the black background but also imagery to create a unique blackout poem. The image of the birds created on the page adds depth and feeling to the piece.

Just like their name implies, cut-up poems are created when a writer cuts words out of books, magazines, and newspapers. They then rearrange them on the page to create their own work.

In the early 1900s, Tristan Tzara broke down the process of the cut-up poem by cutting up newspapers and rearranging the words. Current cut-up poems can be created from all different types of written words.

Formed in the Stance by William S. Burroughs

The beautiful disease and

along the weed rooms

flesh along the weed government/ / / /

Created from a page in the Evening Post in 1959, "Formed in the Stance" uses cut-up lines and folded text in the formation of the poem. Since his poems were created from cut-up newspapers, he used marks like //// and ???? to separate each stanza. While Burrough's works can be hard to understand, it's more about the creation than the actual meaning of the poem. He was highlighting that a meaningful work of poetry could be found anywhere. Burrough's cut-up method later inspired songwriters such as David Bowie and Curt Cobain.

Cut out poems come in all shapes and sizes. You can find random and jarring like those created by Burrough or they can be artistic and cute like the Betts created poem. You are only limited by your materials and imagination. 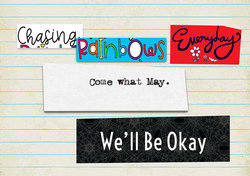 A type of patchwork poetry, cento poems are actually created from other poems. They are stitched together like a patchwork quilt to create a new theme or meaning.

This type of poetry started in the 3rd century when other poets took lines from Homer and Virgil's poetry. It was considered a form of flattery. Withstanding the test of time, the cento form is still used today by common poets like Simone Muench.

at a live heart, the sun breaks down.

What is important is to avoid

the time allotted for disavowels

as the livid wound

leaves a trace leaves an abscess

takes its contraction for those clouds

Age approaches, slowly. But it cannot

The small hours open their wounds for me.

This is a woman's confession:

I keep this wolf because the wilderness gave it to me

In "Wolf Cento," Muench pulls from famous works by Anne Sexton, Henri Michaux and more to create an original found poem. The unique mash-up of lines creates a sense of urgency, running from a pain or loss.

Since the phrases and quotes are typically sourced, found poetry isn't considered plagiarism. Additionally, the look, feel and message are also completely unique to the poem. This makes found poetry a unique art form rather than simply copying and pasting someone else's work.

The fun part about found poems is the finding. To get you on track for creating your own found poem, grab some books, newspapers or magazines, and give these ideas a try.

The Fun of Found Poems

While it might sound easy, creating a found poem can be harder than you think. Before you start, you'll want to think of your theme. Then, grab your word source. And, don't be afraid to get creative!

Now that you've explored found poems, give imagery poems a try. You'll learn just how good you are at figurative language. Found poems are created from pieces of literature that already exist. A poetic collage of sorts, found poems can be inspired by the pages of a magazine, newspaper, book or even another poem. To get some inspiration for creating your own found poems, dive into several examples of this unique poetic form.