Hasty Generalization Examples and How to Avoid Them 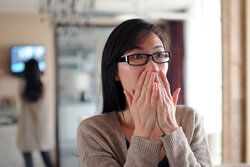 People often rely on their own experiences to make future decisions. But, using anecdotes as evidence can lead to hasty generalizations, since a personal situation does not always represent or define a broader reality.

For example, someone who had a rare allergic reaction to a medicine may advise others not to use that medication. In truth, the medicine might only be dangerous to that one person.

When you see happy, smiling faces all over your social media feed, it’s easy to assume that their lives are fully content. But, the only sample you have is a few photos and status updates – not nearly enough evidence to understand the complexities of a person’s life. The curated version of themselves that they post on social media may not fully represent their day-to-day life.

When a teacher doesn’t know who broke a classroom rule, they are tempted to punish the entire class. Beware of this hasty generalization! Those not guilty of the crime are often disproportionately affected by collective punishment. Just because one student misbehaves doesn’t mean the whole class should suffer.

Every news publication gets a story wrong from time to time. In today’s reality, one incorrect story can overshadow years of journalistic integrity as readers (and often, President Trump himself) dismiss an entire news organization as “fake news.” It’s why journalists try to verify every source and avoid errors in their reporting.

After Japanese forces bombed Pearl Harbor in 1941, the United States government feared possible espionage from those with Japanese ancestry. Executive Order 9066 authorized the removal and internment of 120,000 Japanese immigrants and Japanese-American citizens. The hasty generalization affected generations of Japanese and Japenese-American families. It was not overturned until 1976.

Polling is an integral part of a political campaign. However, modern technology has caused phone polls to become victims of the hasty generalization fallacy. Pollsters typically conduct political surveys on landline phones, which are overwhelmingly owned by older voters. What’s more, they often receive inaccurate results due to a small sample size that may not be fully representative of all voters.

Doctors often rely on their own expertise and experiences when diagnosing patients. But, in the last 30 years, doctors have overdiagnosed ADD and ADHD after making generalizations that have more to do with age, sex, maturity, and other conditions that mimic attention deficit disorder (ADD) and attention deficit hyperactivity disorder (ADHD).

If Romeo had waited just one more minute, would he and Juliet have avoided their untimely demise? Dramatic irony dictates the ending of Shakespeare’s Romeo and Juliet, but Romeo’s hasty generalization of Juliet’s death could have used a little more evidence before jumping to that conclusion.

Four Out of Five Dentists Agree

You’ve heard commercials claim that a select sample of professionals recommend a product. But without revealing how many people were really included -- and how they were chosen -- in the survey sample, this advertising tactic is just a hasty generalization.

Weight loss ads are the pioneers of the “I did it, and so can you!” ploy. Besides being an excellent example of ethos, weight loss ads are convincing because they portray a happy and healthy individual enjoying the fruits of their success. But look at the fine print: is this the typical result for the weight loss product? Did a larger sample size lose a smaller amount of weight?

Statistics show that teenage boys are twice as likely to cause a car accident than teenage girls. Automobile insurance companies jump to the conclusion that every teenage boy is a higher risk, no matter how safely he drives, and charge male drivers under 25 a higher premium.

It’s important to recognize a hasty generalization when you hear one. Absolute words such as “always” or “everyone” are often found in hasty generalizations. Substitute these words with “sometimes” or “some people.” Also, consider checking more than one source when deciding if an argument is convincing. One person’s experience shouldn’t be enough to determine a group’s behavior.

Knowing how to identify and use rhetorical devices is a great skill, but identifying fallacies can get you quite far in an argument. If you’d like to learn more about the different types of logical fallacies, check out some examples of common formal and informal fallacies.