What is hierarchy? A hierarchy is a way of organizing things that goes from high to low. It can be used to refer to a wide number of systems, organizations and even physical objects that represent a hierarchical structure. Keep reading for hierarchy examples that you see every day. 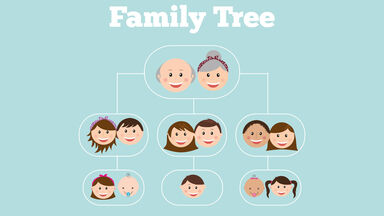 Hierarchy systems rank categories from top to bottom. For example, in a typical family system, the parents have the most authority, followed by the children, then followed by the pets. Take a look around you; you may find more hierarchy examples than you think!

Take a look at even more hierarchy examples that you may already know and use. You'll find that much of science and geography depends on hierarchies as well!

Now you have seen many different hierarchy examples and structures that are classified as hierarchies. These examples should help you to better understand what hierarchy is and how hierarchies work. For more information on organizing concepts, take a look at different examples of knowledge management systems.