Hubris, or overconfidence, is a character trait in many of the greatest stories ever written. From Greek mythology to the political dramas of today, being too confident can become a fatal flaw. It’s also a human trait that readers can easily relate to, whether they are reading classic literature or modern fiction. 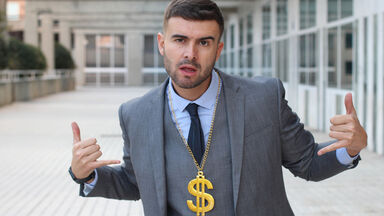 Hubris is a word with Greek roots. It means arrogance and excessive pride. This can be something a character feels internally, but it usually translates to the character’s actions. A modern, real-life example of hubris might be a politician who thinks he’s too beloved to lose an election and chooses to skip campaigning.

The etymology of the word “hubris” is fascinating. The concept of hubris comes from Ancient Greece, and you can see it in action in literature from the period. Originally, the word was used to describe the character of humans who were so overconfident that they believed they could become godlike. Over time, the English word came to mean a general overconfidence that may be excessive enough to lead to a downfall.

What’s the Difference Between Pride and Hubris?

Pride is simply pleasure taken in one’s accomplishments or the accomplishments of another person. It’s confidence, but the confidence is in proportion to the person and his or her actions. Hubris is pride multiplied until it is out of proportion. A student who is proud of his or her writing skills may work hard on an essay and turn it in with confidence. A student with hubris may put only a cursory effort into the essay, relying on his or her writing genius instead of hard work.

Literature is full of examples of hubris, starting with some of the oldest stories ever told. Here are a few notable instances of hubris.

The Fall of Icarus

The story of Icarus was first written down in the first century AD in the Pseudo-Apollodorus, but the tale has a much older oral tradition. In the story, Icarus’s father made him a pair of wax wings and cautioned him not to fly too high with them. Becoming overconfident, Icarus flew as high as he wanted. The sun melted his wings, and he fell to his death.

Oedipus Rex is a play by Sophocles, which was first performed about 429 BC. In this play, Kind Oedipus defies the gods’ prophecy that he will kill his father and murder his mother. Attempting to control and evade his own fate, he kills an old man who turns out to be his father. Later he marries the queen of Thebes, who turns out to be his mother. His attempt to defy the gods was considered hubris.

The Iliad by Homer

In The Iliad, the character of Achilles is another classic example of hubris, this time dating from around 762 BC. By his own admission, Achilles’ pride keeps him from making amends with Agamemnon by fighting in the war. This decision unleashes a series of events that results in Achilles’ downfall.

First written down around 1,000 AD, Beowulf offers another ancient example of a character with hubris. Even though he is aging and weakened, Beowulf allows his own hubris to guide him into fighting with a dragon. Because of this, he is defeated and dies.

The Canterbury Tales by Geoffrey Chaucer

In The Canterbury Tales, Geoffrey Chaucer offers another example of hubris. Written in the late 1300s AD, it includes the character of Chaunticleer, a rich and educated rooster. His pride in his wealth and accomplishments leads him to lose track of what is real, and he is easily duped by a fox that flatters his vocal ability. The fox eats him.

In Paradise Lost, written by John Milton in 1667, the character of Satan displays great hubris. His excessive pride makes him feel he can take over the control of Heaven, and because of this, he falls from grace and must inhabit Hell.

Written in the late 16th century, Doctor Faustus tells the story of a man who is so proud of his own academic accomplishments and intelligence that he sells his soul to the Devil for more knowledge and academic superiority. He receives eternal damnation as a result.

Written around 1600, Shakespeare’s famous tragedy, Hamlet, also explores the concept of hubris. Hamlet believes he is a very good judge of character and becomes overconfident in his abilities to read other people. He is critical of others but is not self-critical. In the end, this results in his death.

The character of Mr. Darcy is a classic example of hubris from Jane Austen. In Pride and Prejudice, written in 1813, Mr. Darcy believes that he is too high in his social standing to consider Elizabeth Bennet as a wife. He later gives up this pride.

In 1818, Mary Shelley wrote the great English novel, Frankenstein. It tells the story of a doctor who is so overconfident in his abilities that he wants to create life from death, in a sense playing at being a god. The life he creates is miserable and monstrous, and it eventually leads to his downfall.

Our Mutual Friend by Charles Dickens

Charles Dickens explores the concept of Victorian hubris in the 1865 novel Our Mutual Friend. Here, the character of Podsnap is xenophobic to the extreme and believes in the superiority of his own culture over all others.

In The Old Man and the Sea, written by Hemmingway in 1952, the character of the old man displays hubris when he attempts to catch a marlin. He is overconfident and loses the big fish to sharks.

In essence, hubris is pride without moderation. Often, this arrogance results in the downfall of the character who exhibits it. In this way, hubris is related to the concept of hamartia, or a fatal flaw that destroys a character. It’s a very human concept that has been part of literature and life for thousands of years.