Idealism: Examples of the Popular Philosophy

Idealism is based on the notion that reality is grounded in human consciousness. The primary idea behind idealism as a philosophy is that what a person perceives to be reality is based on the workings of the individual's mind. Learn more about what idealism means and review some examples of this interesting perspective. 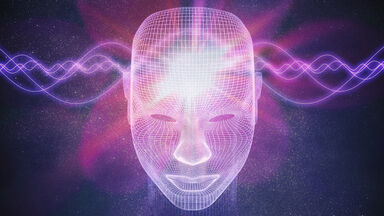 Idealism is is a metaphysical philosophical system that suggests objects do not have any standing that exists beyond the extent to which they are perceived by the conscious mind. In other words, what a person understands to be reality reflects the workings of their mind. In idealism, reality doesn't exist independent of the mind, but rather is dependent on the mind.

While you may not have really considered what idealism means from a philosophical perspective before, chances are that you have said or been told things that reflect this perspective.

The idealistic view suggests that people view the world through the lens of their own mind, ultimately creating the perceived reality in which they exist.

The idealism philosophy approach can take many forms, as evidenced by the following examples. What they all have in common is the core notion that reality is a product of the mind.

While the practical idealism examples listed may seem more relevant to you than the philosophical examples, they are all related. There are many different approaches to the overall philosophical system of idealism. In all of these examples, it's clear that idealism emphasizes the role of the mind on the reality of the human experience.

Now that you're familiar with idealism, learn more about philosophy as a body of knowledge. Start by exploring examples of logical reasoning. Next, explore examples of fallacies in everyday life. Armed with the knowledge of logic and fallacies, you'll be ready to take an even deeper dive into the world of philosophy.