Idioms exist in every language. They are words or phrases that aren’t meant to be taken literally. For example, if you say someone has “cold feet,” it doesn’t mean their toes are actually cold. Rather, it means they’re nervous about something.

Idioms can’t be deduced merely by studying the words in the phrase. If taken literally, you would think that someone with cold feet has feet that feel chilly. But, after living with a certain group of people for a period of time, you’ll start to pick up their expressions. Let’s explore some idiom examples in everyday language. 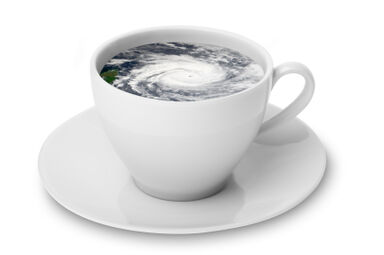 The examples below demonstrate how you can’t easily understand the meaning of these expressions without knowing what they mean. The next time someone says "It's raining cats and dogs!" you’ll know it has nothing to do with animals, but rather that it's raining quite hard.

Idioms Around the Globe

English speakers aren’t unique in their use of idioms. Where there’s language, there’s figurative language. That is, people are going to play on words and come up with quippy, new expressions anywhere. Let’s take a look at some of our global neighbors’ idioms:

Idioms In the Arts

Similar to various cultures who adopt their own set of idioms, smaller groups of people do the same. Actors, painters, performers, and writers tend to use their own idioms, almost bordering on slang, to encourage each other and forge a unique sense of community. Here are some of the most popular idioms used in the arts world:

Remember, a group of people with shared interests will have their own idioms. As with anything else in life, they’ll be easier to understand if you listen to the context clues and ask questions when in doubt.

You simply can’t be literal when examining an idiom. They tend to make learning a new language difficult, but they’re also used in languages all across the globe. Idioms aren’t only regional; they also vary according to people's interests and social groups.

The best way to understand the meaning of certain idioms is to chat with locals and ask them for clarification if any of their idioms confuse you. If all else fails, talk to your friend Google, and make sure what you heard is really what it means. You can also explore the difference between literally and figuratively to help you make sense of these words and phrases.

Do you have any favorite idioms? If not, maybe you'll find one among some idioms about love.