So, where do indirect objects fit into the equation? Truth is, they’re far less prevalent than direct objects, but they do serve a purpose. They’re the receivers of the direct object.

That just got confusing, didn’t it? Fear not! The indirect objects examples below will make everything clear. 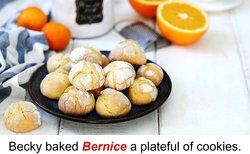 “James built Marie a tiny house on the beach.”

In this example, "James" is the subject. "Built" is the verb. James built what? (Don’t be tempted to think the direct object is Marie. James didn’t build Marie.) He built a tiny house. This is where indirect objects come in. Who’s receiving the tiny house? Marie is.

Notice none of these words convey any sort of action. That is where subject complements differ from direct objects - in the verb they’re following. However, there is a common denominator. Subject complements also answer the question “who” or “what.”

This is important because you never want to confuse indirect and direct objects for subject complements.

Let’s look at three examples to illustrate this difference.

Interesting, right? Understanding the parts of a sentence will ensure you’re crafting cohesive and accurate thoughts. The best way to solidify your skills is to become a pro at diagramming sentences. It’s a fun way to deconstruct the words that flow from our hearts.