Our experiences make us who we are. Unfortunately, some of the identity markers we have, like gender identity or race, can lead to oppression. Intersectionality theory works to explore how this oppression overlaps. Use examples to gain a better understanding of the theory, as well as explore some criticisms of intersectionality. 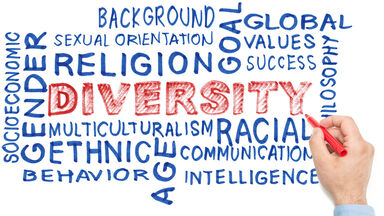 When it comes to who you are, there isn’t just one part of your personality or identity that stands out. You aren’t just a student or a child. You are both. They both work together to make your unique personality and sense of who you are. Intersectional theory, or intersectionality, works on the same principle.

In intersectionality, there are multiple overlapping identities (e.g., religion, language, gender, ability, sexuality, race, ethnicity, occupation, etc.) that can oppress a person or a group of people. Markers of identity, like race or sexuality, don’t just exist separately, but they all overlap or interconnect when it comes to oppression and power.

The term “intersectionality” or “intersectional theory” was coined in 1989 by Kimberle Crenshaw in her paper, “Demarginalizing the Intersection of Race and Sex: A Black Feminist Critique of Antidiscrimination Doctrine, Feminist Theory and Antiracist Politics.”

Crenshaw pointed out that the feminist movement experience and its issues were different for black women because of their environments. She went on to point out that race and gender aren’t mutually exclusive in feminism. Rather, they intersect to create a unique experience of discrimination.

Therefore, black women were experiencing their own type of discrimination that was different from the issues facing mainstream feminists or the black community individually.

Intersectional theory has gone beyond intersectional feminism to inspect social interaction and hierarchies at all levels. Check out the examples below to see how intersectionality can be part of anyone’s lives.

Intersectionality happens in society any time a person has multiple forces of discrimination working against them. Therefore, this can happen in all different types of situations.

Gender and Disability in Healthcare

Maria has had problems with attention her whole life. Though she had been to multiple doctors throughout her life, as an adult, she was diagnosed with ADHD. However, her doctor wonders why she wasn’t diagnosed sooner.

ADHD is a well-known disability. However, there is little research into this disability for women. This is because, for a long time, it was thought of as only a disease in males. Therefore, the symptoms and diagnosis of the disease were written for males.

Since there is little research on ADHD for women, diagnosis doesn’t usually happen until they are older. Therefore, a woman with ADHD might feel unique oppression in healthcare.

Sexuality, Race and Gender in the Workplace

Cameron is a lesbian Latinx woman who works as a manager at a software firm. In her work environment, she not only hears whispers about her “curves,” but she also faces sexual innuendos from male coworkers due to her sexual orientation and gender.

These forces of discrimination work together to create a unique experience for women with multiple identity markers like lesbian or Latinx. Therefore, Cameron feels a unique type of oppression by her coworkers due to the intersection of race, gender and sexuality.

When it comes to media, generalizations are everywhere. Peruse some different examples of intersectionality in media.

Gender and Ethnicity in Video Gaming

Gender and Age in TV

Justin is a 14-year-old male that loves a pony cartoon designed for young girls. He doesn’t talk about the fact that he likes the show, even though his younger sister frequently dresses up as the characters.

Not only because of his gender but also his age, Justin would get ridiculed for liking a specific TV show. This is due to the fact that they violate the age and gender expectations that are socially acceptable for this show. This opens up Justin to a unique type of discrimination.

Intersectionality works well to show the different roles that people play in their lives. However, one of the criticisms of intersectional theory is that it is still working to group, lump or stereotype people into categories. While the groups are more complex, rather than understanding that each person has unique experiences, the theory still groups people based on identity markers.

Additionally, the created groups can gain an infinite number of additional characteristics until only one person fits into that new category. For example, if a person looks at everything that causes opposition, like personality, looks, and abilities, they will see that their experiences are unique and can’t be classified so simply.

The Intersecting of People

Every person has unique experiences and oppressing factors that surround them in society. Intersectionality works to clarify that. Expand your perspective further by checking out examples of oppression that exist today.