Ionic crystals are a unique structure created when two ions electrically attract to one another. This unique bond can be found in something we all enjoy: table salt. Dive into more examples of ionic crystals found around the world. 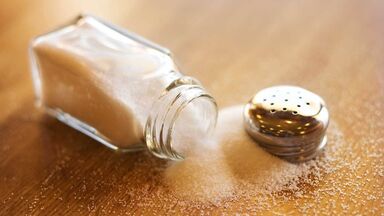 What Are Ionic Crystals?

Ionic crystals are crystalline structures that grow from ionic bonds and are held together by electrostatic attraction. Ionic bonds are atomic bonds created by the attraction of two differently charged ions. The bond is typically between a metal and a non-metal. Explore several common ionic crystal examples found in nature.

The most prevalent ionic crystal example is table salt, or sodium chloride (NaCl). Sodium chloride is created when sodium and chlorine create an ionic bond to become a crystal that tastes great on food. Other examples include:

While many of these might not look familiar, you do use them in your everyday life. For example, KCl is used in medicine as a treatment for potassium loss, while sodium fluoride can be found in drinking water and toothpaste.

As solids, ionic crystals are insulators. As Encyclopedia Britannica states:

However, this isn’t the only key feature of an ionic crystal. They have other unique features as well.

The way that ionic crystals structure themselves when they bond is called a crystal lattice. This is because the ions organize themselves into a regular lattice shape.

Ionic crystals melt or boil only at very high temperatures. The enthalpy of these crystals (the amount of fusion and vaporization necessary to melt one mole) is as much as 100 times that of other molecular compounds.

Ionic crystals are very hard. They are so brittle because if one layer of ions must move past another, the entire arrangement is disturbed.

Ionic crystals are formed from ions through electrostatic attraction. One of the most well-known ionic crystals is table salt. Learn more about chemistry by exploring examples of chemical bonds.