What Is Japan's Oldest Anthology Poem?

Sometimes we associate different cultures with various types of writing; therefore, we might want to know what is Japan's oldest anthology poem. Well, we are able to look at both the first poem that went into an anthology, as well as highlights from the first Japanese anthology. 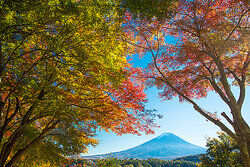 The first poem to go into an anthology was attributed to Susanoo, who was known as a kami. In Japanese, the word kami means a god. Therefore, the poetry is tied in with the religion of the area. Susanoo was the younger brother of Amaterasu. Susanoo married Princes Kushinada in the Izumo province. When they were married, he came up with the poem. The poem goes as follows:

This poem, along with several others, was put into the Nihonshoki. The Koijiki is regarded as the first piece of written history of the Japanese people; however, the Nihonshoki is the first to include a number of poetic readings, which is why it is treated as more of an anthological than the Nihonshoki.

Although the work that we mentioned has anthological elements, we also need to look at the book that was first truly defined as a Japanese anthology. This fantastic piece of work is known as the Man'yoshu.

Man'yoshu literally translates to "collection of ten thousand leaves." Therefore, you can clearly see the connection between the name of this anthology and the material which it contains. These poems were collected and put together in approximately 759 A.D. However, that does not mean that all of them were written at that time period. Some could very well have been written many, many years before, but it was only at that time were they all put together into a full collection.

Contents of the Man'yoshu

A great many number of words are included in this anthology. There are twenty separate parts, which have also been referred to as the books. The contents of these books comes out to:

You could look up many different anthologies today, and you might find that this one contains more written pieces than the ones that you find today. It all depends which anthology you choose to look at.

An Excerpt from the Man'yoshu

Reading poetry that was written so many years ago is important, as is reading any documents from that time period. Not only does it give us a glimpse into what life was really like then-as opposed to historical writings which only give the current perspective of past events-but it also connects us with the writer.

Here is an excerpt from a poem that was written during the 7th century:

"Our Sovereign, a god/Has made his Imperial City/Out of the stretch of swamps/Where chestnut horses sank/to their bellies."

The author of this piece has been identified as Otomo Miyuki.

Benefits of a Old Japanese Anthology

Hopefully, you have seen why learning what Japan's oldest anthology poem and oldest anthology are important. From the excerpt, we got not only a sense of the style of writing, but also a view of the religious beliefs of the day. The poetic, written word helps to close the gaps between generations.