Junk Science Examples: Topics and Who Uses Them

The term "junk science" refers to inaccurate data and the analysis of data that is used to skew opinions or push an agenda. Junk science may be used by a variety of people for a variety of purposes. The best way to be able to identify examples of junk science is to know who are the users, what are the popular topics, how the information was gathered, and what was the source of the information. 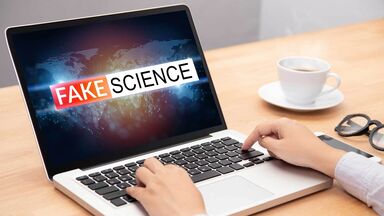 What Is Junk Science?

There are many junk science examples in everyday life, covering a wide variety of topics.

Examples of Users of Junk Science

When looking at research labeled as scientific, it's important to consider the source. If the source had a reason to slant the information, take that into account when determining if the information is valid or not. Examples of those who may utilize junk science and their reason for use include:

The fact that something is labeled as junk science doesn't necessarily mean that it really is. That's one thing that makes it so difficult for people who aren't scientists to separate scientific results from pseudoscience. Any topic that may be controversial, may run counter to a political agenda, or may stand in the way of corporate profits is one where junk science is possible.

When a corporation sees research that is counter to their best interest, they're likely to label it as junk science whether it is or not. The same is true with politicians, lobbyists and many others who have a vested interest in swaying public opinion or the actions of decision-makers. It can be a challenge to determine if information is junk science. In order to find out if what is being reported is legitimate information or unfounded or skewed junk science, people must develop strategies to tell fact from fiction.

When seeking to determine if information is junk science, it is critically important to carefully analyze the quality and source of the information. Always consider:

There are a few online resources that specialize in uncovering junk science and other incorrect information. For example, Snopes.com is a good resource for finding out if information shared via social media and other sources is true. Quackwatch.org focuses on providing factual information countering false and fraudulent medical claims.

When the science about a subject is controversial, consider the source of the information. For example, a tobacco company study showing that cigarettes don't cause lung cancer or aren't addictive is likely to be a good example of junk science. The tobacco companies have a financial interest in deceiving you on the addictive and dangerous nature of their product. Protect yourself against junk science by developing strong critical thinking skills.