Land Pollution: Dirty Facts Behind Its Causes and Effects

Land pollution is the contamination of land. It most often occurs as the result of human interaction with land, but in some cases it can also be associated with natural disasters. Learn about the different types of land pollution, including its causes and effects. 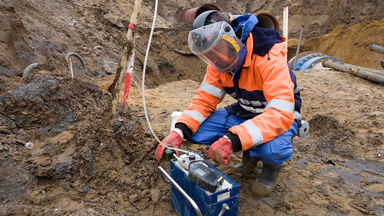 Land pollution is very dangerous. It can render land unusable and/or pose significant threats to people or wildlife who live on or near it. It is, of course, also detrimental to the overall environment. Discover some of the most common effects of land pollution.


There are too many real-world examples of soil pollution, some of which are so severe that they have been designated as Superfund sites by the United States Environmental Protection Agency (EPA). The examples below are all Superfund sites, which means that they are severely contaminated.

Learn the Facts About Pollution

Land pollution can be very harmful, but it's not the only type of pollution there is. While you've got pollution on your mind, take the time to learn about other types of pollution as well. The more you know about the causes and effects of different kinds of pollution, the better able you'll be to play a role in helping to stop pollution.