The law of definite proportions is a law of science that says that a chemical compound is always made up of the exact same proportion of elements by mass. So, if a compound is made by combining 1/4 from one chemical and the remaining 3/4 from another chemical, these proportions will always hold true, regardless of the amount of chemicals added. 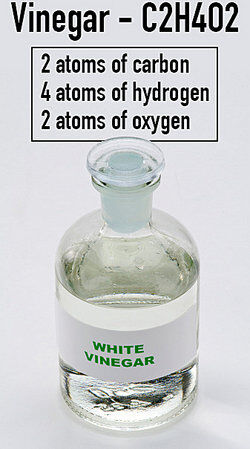 Jar of vinegar as law of definite proportion examples

The Law of Definite of Proportions is sometimes referred to as Proust's Law because it was originally observed by a French chemist named Joseph Proust. In the modern world, this law seems obvious, but in Proust's day it was a new idea, because some scientists thought that any combinations of elements could make certain substances, rather than the substance needing to be created by a definite proportion.

Common Examples of the Law of Definite Proportions

This was a revolutionary idea in the day of John Dalton, an English chemist who lived from 1766-1844, when it was thought that any combination of hydrogen and oxygen could be combined to create water.

The Law of Definite Proportions ensures that chemical compounds are always created using the same proportions, regardless of the amount of the compound which is being made.