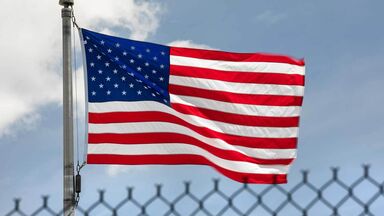 A limited government is just that — limited. This means the government’s power is restricted through the use of laws and bills. The central government is limited to specific aspects to protect individuals and businesses but gives them economic and social freedoms. Except for areas like equality and protection, limited governments tend to stay out of people’s lives.

Key Principles of a Limited Government

Limited governments are found on every continent. Using the Fraser Institute for Economic Freedom of the World Report in 2020, explore some different examples of limited government across the globe.

Limits of the Government in the United States

A constitution governs the United States to limit the powers of government. The government includes three different branches. These branches work to create checks and balances so that no one area holds too much power. Regulations and laws control the power of the government such as the Bill of Rights.

While Hong Kong is part of China, it has its own autonomy from China and specific political and economic freedoms. According to the Fraser Institute report, Hong Kong had the most economic freedom in 2018. However, interventions from the Chinese government are starting to affect the limited government of Hong Kong.

Much like the United States, Switzerland’s limited government comes from the use of a constitution. The federal government consists of the two branches of the Federal Assembly. This assembly includes the national and state councils.

Australia is a constitutional monarchy with both a queen and a parliament central government. However, the queen is mostly for ceremonial purposes, and the parliament runs the country. The structure of the government works to give individual property rights, trade freedom and personal rights for the people.

The constitution limits Canada’s parliamentary powers. The separation of power within the government allows the country to offer sound money options, political freedoms and limited regulations. Like Australia, Canada is a constitutional monarchy.

Ireland also has a parliament to limit the government’s powers, but the head of state is a president rather than a monarch. They also have a prime minister heading the two houses of parliament. The Irish constitution provides personal protection rights along with family, education, private property, and religious rights limiting the government’s power.

Surprisingly, it isn’t just large nations offering a limited government to their citizens. Mauritius is a small island nation off the coast of Africa. Due to the small size of the country, the government promotes trade and investing with other nations. Like the United States, the government powers are separated into the legislative, executive and judicial branches that follow a central constitution.

While the origins of limited government can go back much farther, the first written document showing limited government was the Magna Carta. This document was signed by King John in the early 1200s and provided fundamental rights to the people by limiting the king’s power. It’s the first document creating checks and balances within the government to ensure no one person was above the law.

Why Is Limited Government Important?

Limited government is essential because it focuses on the rights of the individual. It allows individuals in a country to ensure they have personal freedoms about their money, property and person. It also limits the amount of taxes that a government can impose on a single individual or entity. The taxation of the government should be limited to the needs of the people for protection and prosperity. Now that you have a clear understanding of limited government, look at the opposite by looking at an authoritarian government through dictatorship examples.